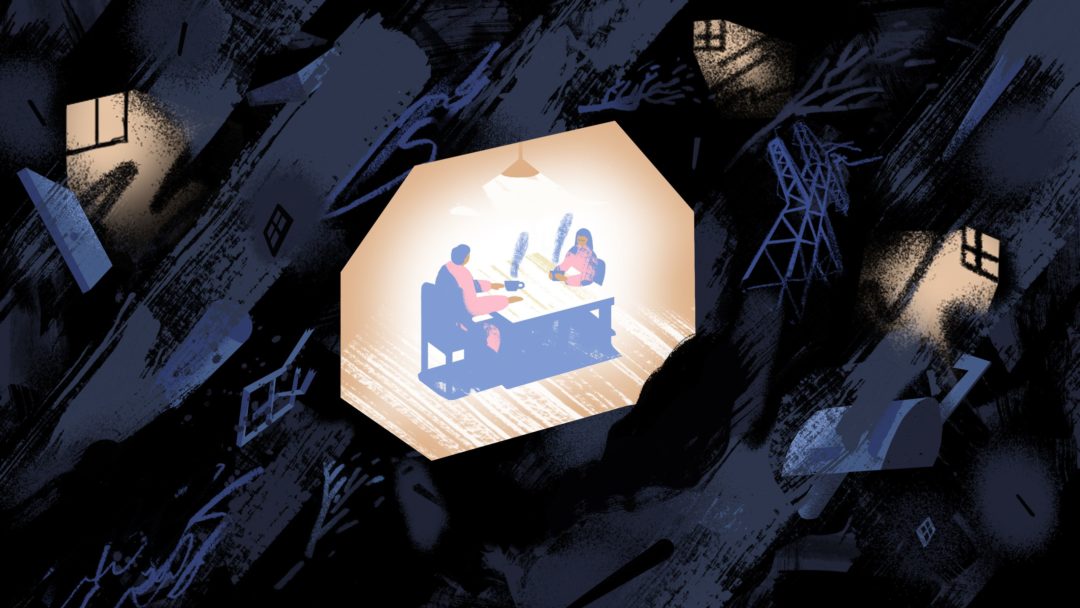 The US electricity grid is built to deal with rain, snow, winds, and lightning. But it couldn’t handle Hurricane Sandy in 2012. Across the northeastern coast, more than 8 million homes lost electricity at some point during the storm. In Connecticut, more than one in five residents lost power.

A hurricane-proof way to make sure the lights never go out is to use backup microgrid energy. Instead of the typical long, overground cables (which can snap under the weight of a fallen tree) connected to large power plants, a microgrid has short cables (often buried underground) connected to small power generators that operate independent of any given region’s power grid.

Still, it’s far from perfect. At small scales, fossil-fuel power is inefficient, causing noise and air pollution. Diesel generators are still used in many cities to power buildings the size of hospitals, but people want pollution-free alternatives. Renewable energy from solar or wind would be ideal, but both require tons of real estate and expensive batteries to provide continuous power.

In Bridgeport, the largest city in Connecticut, a company is starting to prove it has a technology that could be the future of hurricane-proof electricity and may even make a dent in reducing the greenhouse-gas emissions driving climate change.

This article is part of The Race to Zero Emissions series investigating carbon-capture technology. You can also read our feature laying out the case for using the technology to fight climate change.

Outside Bridgeport’s train station, I was greeted by Kurt Goddard, the vice president for investor relations at FuelCell Energy. My phone conversations before the visit had left me thinking the technology sounded too good to be true. So Goddard came prepared with an itinerary to convince me: we’d tour three FuelCell generators, each showing a different reason to believe in the company’s product.

The first stop was a remediated industrial site. On an acre and half, FuelCell had built a natural-gas power plant that feeds into Bridgeport’s city grid. It produces 15MW of power, enough for 1,500 American homes. Just blocks away, I saw rows of suburban homes.

Typically, you wouldn’t want a house that close to a fossil-fuel power plant in order to avoid exposure to harmful gases containing sulfur and nitrogen. FuelCell, as its name implies, sells fuel cells, similar to those in hydrogen-powered cars. But instead of hydrogen, FuelCell’s products burn natural gas without the harmful emissions. 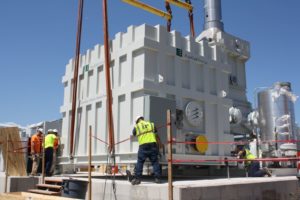 Ultimately, burning fossil fuels is nothing but a chemical reaction that exchanges electrons to create heat. The heat produced in a coal power plant is used to make steam, which then runs turbines that convert mechanical energy to electricity. At each of those steps, however, energy is lost. Fire is a wild chemical reaction and it produces heat inefficiently. That’s why only about a third of the energy in coal, for example, actually gets converted to electricity. (Diesel, a fossil fuel often used in small generators, is even less efficient.)

Fuel cells run the same chemical reaction but in a controlled fashion. They use metal electrodes to enable the exchange of electrons. And because there aren’t multiple steps involved—no fire, no steam, no turbines—a lot more energy from the fossil fuel is converted to electricity. FuelCell Energy generators can reach 66% efficiency.

These characteristics make fuel cells an ideal choice for space missions. During the 1950s, NASA worked with private companies to develop fuel cells for use in space during the Gemini missions (precursors to the Apollo missions that took humans to the moon). Since the 1990s, fuel cells have been used terrestrially to power large buildings, such as hospitals and universities. But those that use fossil fuels, such as the ones from FuelCell Energy, still put out carbon dioxide, a greenhouse gas that threatens to change our planet irrevocably for the worse.

FuelCell’s power plants have already eliminated sulfur and nitrogen emissions. Now, its technology has advanced so that it also captures carbon dioxide—all at a cost that makes it financially feasible.

“That house belongs to the university’s chief financial officer,” Goddard said, pointing to a beige-colored home at the second site of our visit. Less than 10 ft (3 meters) away was a tennis-court sized FuelCell Energy generator. It provides key parts of the University of Bridgeport campus with both electricity and heat. 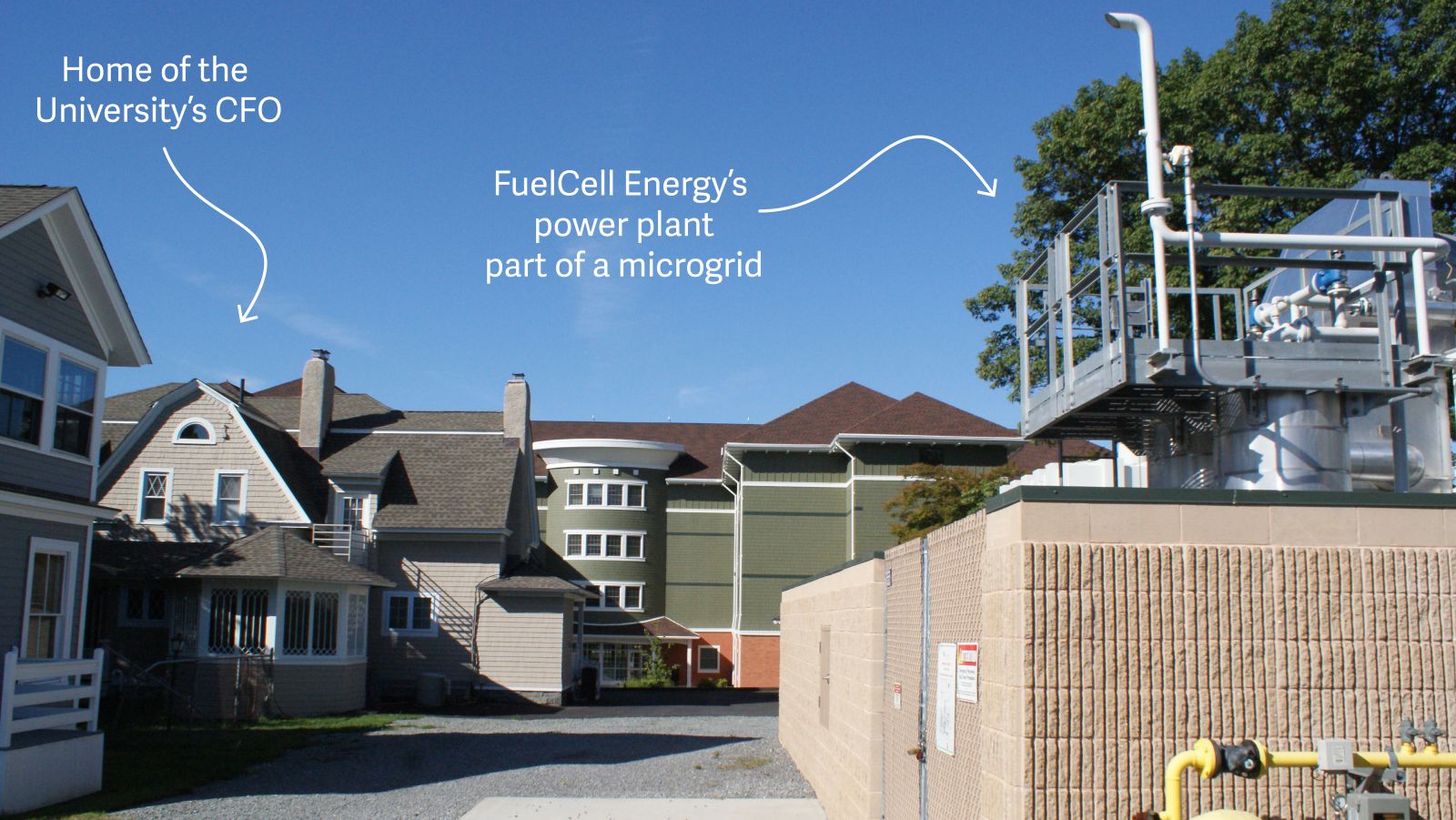 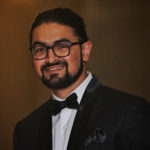