Can Drones Save Cardiac Arrest Victims? 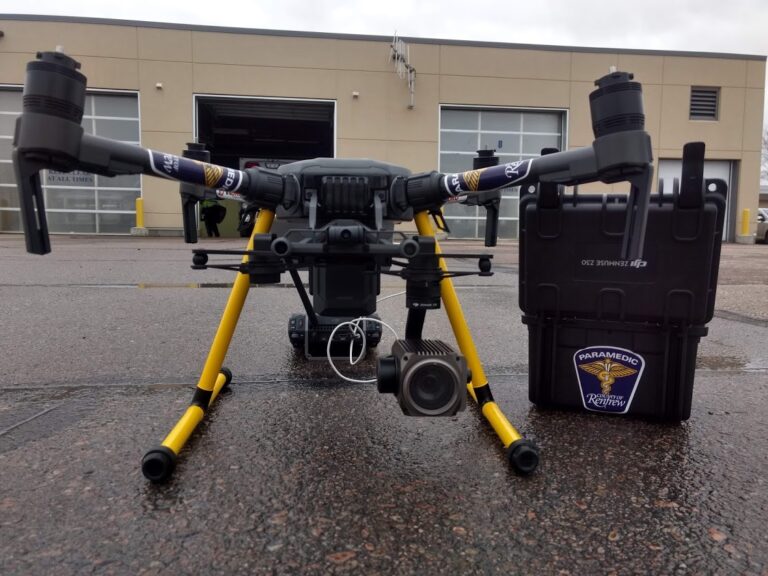 Last September, an emergency medical dispatch team sent drones buzzing out over the forests and roads of the Ottawa River Valley in the County of Renfrew, Ontario. On each flight a quadcopter carried a defibrillator in its belly and sought out different spots where reports from bystanders said a cardiac arrest victim had collapsed.

Because it was part of a test, the reports were theoretical and victims lifeless mannequins.

Similar drone tests have been done in Nevada and North Carolina. In the Renfrew county run-through, however, the drones flew autonomously and were monitored by a control system thousands of miles away.

For the past three years, Renfrew paramedics have been piloting drones themselves to find lost hikers, aid accident survivors, ship urgently needed medicines and fly defibrillators for actual cardiac arrests. “We took the approach of using drones as a Swiss Army knife,” says the county’s paramedic chief, Michael Nolan.

The drone-carried defibrillators, whose shock resets the rhythm of a misfiring heart, have not yet helped save a life. When that happens, it will likely be publicized by drone companies and tech and health journalists as a historic milestone in aviation and emergency medicine. They have already posted dozens of stories on studies and test flights over the years.

Some will see it as a cultural touchstone signifying that a flying computer with a camera can outrace an ambulance racing to the rescue—and justification for opening up federal regulatory restrictions in the U.S. that prevent widespread commercial deliveries of less-vital things like sushi and socks.

Matthew Sweeny, co-founder of the drone company Flirtey, has written an essay entitled, “How Drone Delivery Will Save a Million Lives.” Sweeny, whose company is part of the test program in the Reno, Nev. area, has said his company’s mission is “to save lives and change lifestyles by making delivery instant.” Others may note it as an expansion of the role played by citizens and bystanders who must step in to aid by performing not only CPR but also defibrillation—something not emphasized in much of the publicity where the drone is the star.

But there are others—including two prominent leaders in cardiac arrest rescues—who see the heavy publicity and the use of drones as a regrettable technological detour unlikely to become a major difference-maker outside of rural areas. 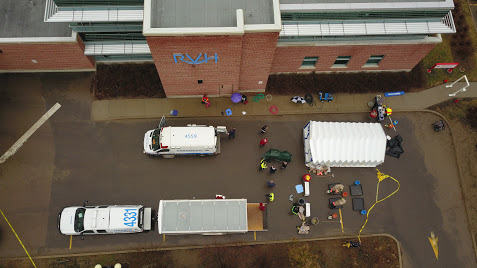 In distant suburbs and the rural areas, response times that need to be five or six minutes or less to be effective in a cardiac arrest (brain damage and death are guaranteed after 10 minutes) often stretch to seven or eight minutes or longer. The “load and go” approach to ambulance response doesn’t work with cardiac arrest, where quick in-place, pre-hospital treatment is vital.

In Renfrew county’s drone program, the combined logistics and economics seem to work.

Shaped like a long-handled ladle, the county has a population of over 100,000 scattered around several towns and 2,875 heavily forested square miles. Hundreds of thousands of visitors from nearby Ottawa visit in summer. The innovative paramedic service, started in 2005, hit 27,428 calls in 2018. The staff and equipment available include roughly 140 paramedics, half of which are part-timers, and about 10 ambulances. It takes only two minutes most of the time for the help to get on its way following a call.

But the response time plan reflects the physical realities. It calls for the paramedics to reach one out of three victims who need defibrillation in six minutes—the actual response is better, almost one out of two. During the September tests, drones delivered defibrillators more than seven minutes sooner than paramedics could reach the victims, according to an account of the tests by the telecommunication service company Ericsson. The test “victims” were no further than a 10-mile-radius of the drone launch point.

Nolan says the drones, currently supplied to the county free by Indro Robotics, a unit of a Vancouver-based start-up, have a value of about $20,000 each (the county pays for drone add-ons and the defibrillators). At that price, given the number of calls and population density, buying the drones would make economic sense, says Nolan, even if from time to time one is destroyed or unrecoverable.

But there are deep pockets of skepticism among some physicians and first responders about how far drone-delivery will help in more densely populated places.

King County, Wash., and Rochester, Minn., operate the most effective emergency medicine units in the U.S., saving hundreds of lives each year by relying on systems where firefighters and police help with first-level response, defibrillators are stashed in public places and CPR is taught and promoted. Similar approaches appear to be showing progress in other places. (Renfrew county, Ontario, by contrast, does not rely on help from firefighters or police in answering calls.)

The weak spots in King County are residential neighborhoods, which drone advocates say is where most cardiac arrests occur. 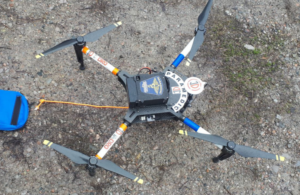 Mickey Eisenberg, director of quality improvement for King County Emergency Medical Services (EMS), remains a skeptic of drone delivery and takes a wait-and-see approach to the tests. To address response times in residential areas, his colleagues are experimenting with special mobile device notifications to CPR trained people who are equipped with defibrillators.

While rural areas may be helped, White notes that only one out of five cardiac arrest victims has a “shockable rhythm” with a chance to be saved. “There’s too much emphasis on defibrillation,” he says.

“And there’s no substitute for getting trained people to the victim,” who can administer drugs or use airtubes to try to save people.

All still are waiting for the first person saved with a drone-flown defibrillator to fulfill the goal of every rescue: a victim who walks out of a hospital some time later with full use of body and mind.

The reporting for this story was funded by the McGraw Center for Business Journalism at the Craig Newmark Graduate School of Journalism at CUNY. 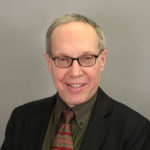 A freelance writer in addition to his work with ENR, Korman’s work has appeared in the New York Times, Businessweek, and the Atlantic.com, among others.
<