Foreclosures on the rise for seniors with reverse mortgages (NECIR Version) 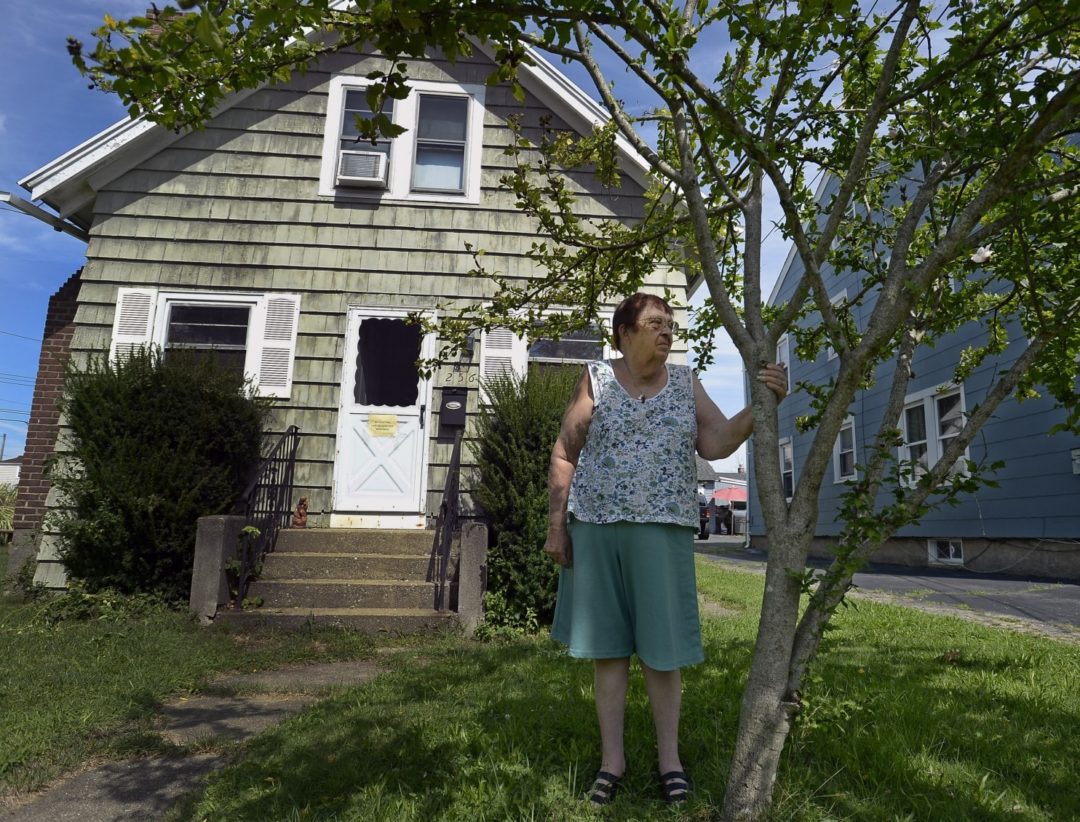 As she was getting on in years and her resources dwindled, Virginia Rayford took out a special kind of mortgage in 2008 that she hoped would help her stay in her three-bedroom Washington rowhouse for the rest of her life.

Rayford, 92, took advantage of a federally insured loan called a reverse mortgage that allows cash-strapped seniors to borrow against the equity in their houses that has built up over decades.

But the risks of the financial arrangement are stark — and today the frail widow finds herself facing foreclosure.

Under the terms of the loan, Rayford can defer paying back her mortgage debt that totals about $416,000 until she dies, sells or moves out. She is, however, responsible for keeping up with other charges — namely, the taxes and insurance on the property.

The loan servicer, Nationstar Mortgage, says Rayford owes $6,004 in unpaid taxes and insurance. If she cannot come up with it, she stands to lose her home in Washington’s Petworth neighborhood.

“I’ve cried a million nights wondering about where I am going to be,’’ Rayford said.

Across the nation, an increasing number of seniors are facing foreclosure after taking out reverse mortgages, either because they fell behind on property charges or failed to meet other requirements of the complex mortgage loans, according to federal data and interviews with consumer and housing specialists.

“Folks who had expected to age in place and live for the rest of their lives in their home are now having to scramble to find a new place to live,” said Odette Williamson, a staff attorney with the Boston-based National Consumer Law Center, which advocates for consumer justice for low-income people. “People just don’t know where to turn. It’s heartbreaking.”

The federal Department of Housing and Urban Development, which insures most reverse mortgages in the country, says it lacks detailed data on how many homeowners have lost their homes or are facing foreclosure in the program, which was launched in 1989 and covers about 636,000 loans. Nationstar declined to comment for this article.

But a HUD report issued last fall found that nearly 90,000 reverse mortgage loans held by seniors were at least 12 months behind in payment of taxes and insurance and were expected to end in “involuntary termination” in fiscal 2017. That’s more than double the number the year before.

Losses in the senior mortgage program have been a drain on the Federal Housing Administration’s mortgage insurance fund that supports all single-family loan programs, including traditional forward mortgages and reverse mortgages.

HUD spokesman Brian Sullivan said the agency has tightened the requirements to reduce defaults for new loans going forward. It’s a necessary measure as its reverse mortgage portfolio — whose value can go down with defaults or home prices and property values if homes fall into disrepair — was valued last fall at negative $7.7 billion.

Still, he said, reverse mortgages are “a critical resource for seniors who wish to access their accumulated home equity and age in place.”

Before 2015, the only thing homeowners ages 62 and older needed to qualify for a reverse mortgage was equity in their home; lenders weren’t required to determine whether they could afford to maintain their homes or cover tax and insurance payments in the future. Some homeowners used the funds to pay off the original mortgages or ran out of money after covering living expenses over many years. Now HUD requires all borrowers to undergo a financial assessment to qualify, to make sure they will be able to pay their taxes and insurance.

But tens of thousands of troubled loans remain. More than 18 percent of reverse mortgage loans taken out from 2009 to June 2016 are expected to go into default because of unpaid taxes and insurance, according to the HUD report. That compares with less than 3 percent of federally insured loans that are considered seriously delinquent in the traditional mortgage market.

Joanne Savage, an attorney with AARP’s Legal Counsel for the Elderly, said that seniors like Rayford are the victims of a past system. She joins other advocates who argue that HUD and lenders should work harder to help troubled borrowers facing displacement for relatively small debts compared with the value of their homes.

“There needs to be a little more mercy,’’ Savage said. “We are going to have a steady stream of these clients for five to 10 years.”

Foreclosures on these mortgages have been on the rise after a 2011 mandate from HUD requiring loan servicers to work out a repayment plan with seniors in tax and insurance default — or to foreclose if there is no way to help them. In 2015, the federal agency instituted detailed timelines for lenders to work with borrowers.

HUD made the changes to shore up its insurance fund after a federal audit a year earlier that criticized it for allowing lenders to continue paying property charges for defaulting borrowers, adding to the borrowers’ final debt, which resulted in millions of dollars of losses in 2009 and 2010. In many cases, a lender paid property charges to municipalities for years, in an effort to protect the lender’s investments.

Representatives of the National Reverse Mortgage Lenders Association declined to comment for this report.

Leslie Flynne, a senior vice president at the Houston-based company Reverse Mortgage Solutions, said servicers and lenders are struggling to meet strict timelines HUD set for them to deal with defaulting loans or risk losing money. She said servicers don’t want to displace struggling senior citizens, but in many cases borrowers simply don’t have enough resources to save their homes.

She said seniors who obtained loans before 2015 are more likely to be in trouble. Families, nonprofits, churches and others should work to help them, ­Flynne said.

“You have people who have run out of money, they can’t pay their taxes, and they are awaiting a miracle,” she said.

Why elderly homeowners didn’t pay their taxes depends on their story. Some say they weren’t aware they had to pay taxes and insurance, thinking the charges would be covered by lenders; others knew about their obligations but ran out of money; others still say they think loan servicers have mischarged them.

Advocates of the loans — including celebrity spokesmen such as Tom Selleck and Henry Winkler — say reverse mortgages can help seniors enjoy their later years.

In a recent TV advertisement for American Advisors Group, Selleck says: “Many older Americans are in a tough spot right now. Why not use a reverse mortgage loan to access that equity?”

Borrowers can receive 50 percent to 66 percent of the value of their equity, depending on their age and the interest rate, generally set at about 5 percent. For example, a 73-year-old with a home worth $100,000 and no current mortgage could receive a loan in a lump sum or monthly installments, or a line of credit, of up to $57,900, not including closing costs, according to HUD.

The debt increases each month with interest on the loan, and in many cases fees to the servicer and an insurance payment to HUD, which guarantees to take over the debt from the lender when it grows bigger than the value of the house. The loan comes due when the borrower dies, moves or violates loan requirements. At that point, owners or their heirs who want to keep the home can pay the debt or 95 percent of appraised value of the property — whichever is less. Or they can walk away from the house.

The federal Consumer Financial Protection Bureau has long warned about deceptive advertising and reverse mortgages. In December, the federal agency fined three companies — American Advisors Group, Reverse Mortgage Solutions and Aegean Financial — for alleged false claims, saying they told seniors with reverse mortgages that they would not have to make monthly payments or face foreclosure, omitting the risks of failing to pay property charges.

“These companies tricked consumers into believing they could not lose their homes with a reverse mortgage,’’ said Richard Cordray, bureau director.

The companies did not admit wrongdoing in settlements that required them to collectively pay $790,000 in fines.

Sarah White, a foreclosure prevention attorney at the nonprofit Connecticut Fair Housing Center in Hartford, said she went from never hearing of problems with reverse mortgages to spending a large portion of her workday helping senior citizens stave off foreclosure.

Among her clients is Dorothy Leong, 81, who is facing foreclosure on the modest two-bedroom home in Stratford, Conn., that she’s owned for decades because of a dispute over $491 in unpaid taxes and insurance. “It’s like they want me to fail,” she said. “I don’t want to lose my house.”

These loans give rise to other complications. Widowed spouses can find themselves fighting displacement if they were not named as a co-borrower in the original reverse mortgage documentation; that lapse has left many widows and widowers without a guarantee that they can stay in their homes until they die without immediately repaying the debt.

HUD guidelines now require people to prove within 90 days of a spouse’s death that they have a legal right to live in the homes.

“The last thing we want to do is rough up the elderly,’’ she said.

That’s little comfort to Gladys Olivier, who has been fighting to stay in her home in the Queens borough of New York since her husband died in 2012. The 65-year-old woman from Haiti said that she was told she would be able to continue to live in the home even though her name wasn’t on the mortgage.

Olivier said she was never notified about her right to apply to stay in the home and missed the 90-day window to state her claim. She obtained help from a nonprofit group, JASA–Legal Services for the Elderly in Queens, which stopped the foreclosure on her home a day before it was scheduled in January 2017. Her attorneys say the lender, now called Finance of America Reverse, will not even tell her how much money is owed. A company official declined to discuss Olivier’s case.

Olivier is consumed by stress and depression. The case is pending. “They can’t put me on the street like that,’’ she said.

Rayford, who is fighting to keep her Washington home, obtained a reverse mortgage in 2008 to pay off a $41,000 traditional mortgage and refinanced in 2011 to retire that loan and cover other expenses, receiving a one-time lump sum of about $60,000.

Rayford said she knew she was supposed to pay taxes but fell behind in 2013 following family financial troubles. She sought a repayment plan from her loan servicer, which denied the application, saying she couldn’t afford the monthly payments.

Rayford’s last hope is a new program launched last year in Washington to help struggling seniors. The District joined seven states, including Florida and California, that have created programs to help seniors catch up on their property taxes.

Money is allocated through the “Hardest Hit Fund,” created by the Treasury Department to help families in states most affected by the economic and housing downturn.

Rayford is awaiting word on her request to stop the pending foreclosure. She hopes to stay in the home she’s lived in since 1979.

“I would love to stay here until I close my eyes,” she said.

This report was co-published with the Washington Post and produced in partnership with the McGraw Center for Business Journalism at the City University of New York Graduate School of Journalism. NECIR interns Miranda Suarez and Debora Almeida were contributors. 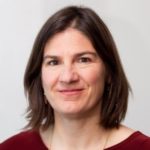 A senior investigative reporter for The Eye at the Boston-based New England Center for Investigative Reporting, McKim has long written about debt and social issues for media organizations, including the Boston Globe and the Orange County Register.  In 2011, she received a Casey Medal for Meritorious Journalism for a story on domestic sex trafficking of minors. She also headed a team that exposed lead tainting in imported Mexican candies, a series that was a finalist for the 2005 Pulitzer Prize in Public Service.
<