In Cuba, self-made mechanics keep the country’s classic cars on the road, and help the economy 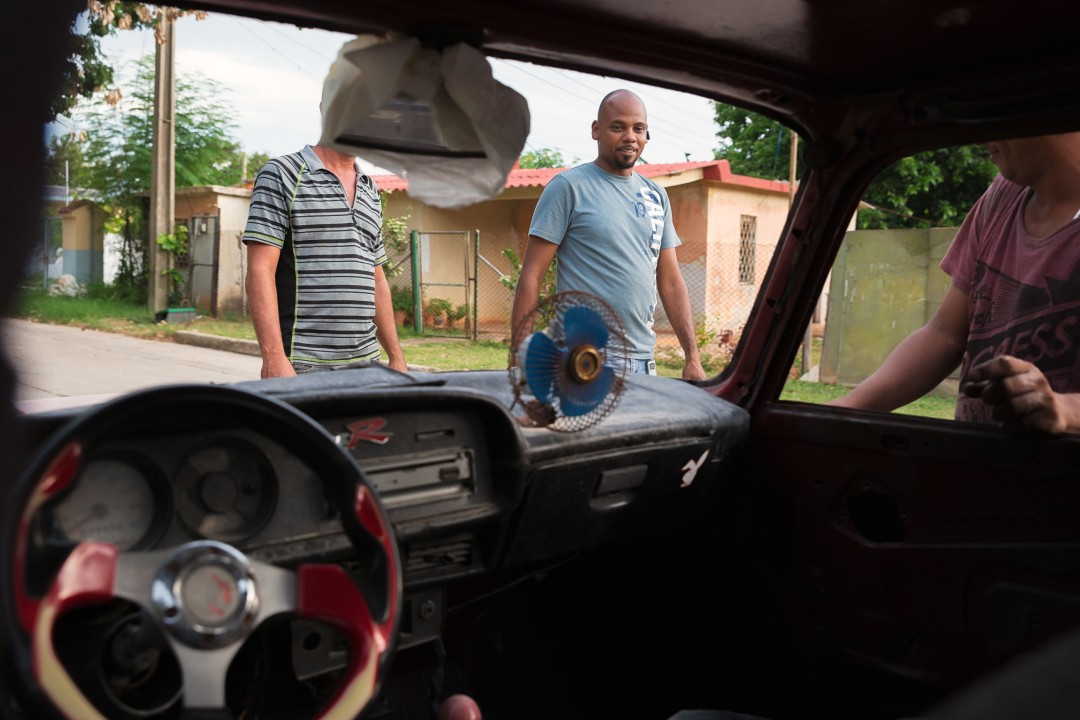 HAVANA — Cars driven for more than a half-century wait, with parts pulled off, to be reinvented at Oscar Rodríguez’s shop — a courtyard he converted into a garage.

Rodríguez and three of his childhood friends come up with creative fixes for the decades-old cars that travel the streets of Havana. The mechanics use whatever parts they can find to keep the cars running.

Rodríguez proudly shows off the new steering mechanism for a 1947 Nash he pieced together with metal, and Toyota and Mitsubishi parts. A 1956 Ford Fairlane gets a new Toyota engine. Rodríguez cut a 1954 Jeep in half, extended it nearly 18 inches, added Soviet-era Volga steering, and plans to get it running with a used 1994 Jetta engine — an engine already attached to a Hyundai transmission.

This Frankenstein approach to auto repairs is how Rodríguez earns a living. He started five years ago as a self-taught mechanic, relying on hard work and his imagination to keep these cars running.

Welcome to Cuba, the land of entrepreneurs. In this communist country, an increasing number of Cubans have embraced capitalism and taken over a small piece of the country’s economy.

The roof in Rodríguez’s garage leaks in some spots when it rains. His tools are decades old; some are rusty. He sometimes waits for months for a car part or spends days — sometimes weeks — making the part he needs in his garage. He buys what he can at government stores, he said.

But he gets by. He and his crew make cars work and help them pass inspection. Havana mechanic Oscar Lus Rodrgiez belongs to a tradition of Cuban mechanics that piece together parts from several different brands of automobiles to keep the Cuba’s aging automobile fleet on the road. (David Albers/Staff)

What Rodríguez really needs, though, is access to better tools, original American parts and equipment to get the job done faster.

“We don’t have a car repair shop as such, with good equipment,” Rodríguez said in Spanish. “We hope that now with the union of both countries, America and Cuba, someone can come to invest a little bit of money and we can do something here, lift this workshop.”

More modern cars made by Kia, Hyundai and Peugeot share Cuban roads with the stylish American cars from the 1950s and Soviet-era Ladas, Moskvitchs or Volgas. These older models are from the days when there was no air conditioning, so they’re driven with windows down.

Newer cars are too expensive in Cuba, costing more than $40,000, and most here can’t afford even the older models. The average salary for a Cuban working for a state-company is about $20 a month.

So Cubans keep mending their cars.

If they could have easy access to original parts for American cars, Rodríguez said, they wouldn’t need to adapt parts from other cars or build a new steering mechanism from raw material, their most difficult work.

Rodríguez learned mechanics by trial and error. The first car his mother bought him in 1991 was a 1951 Plymouth in bad shape. He taught himself how to fix it, invested the time and money in getting it running and soon got an offer from a buyer.

“Each car I bought was a school,” he said.

“We are the Cubanicos,” he said, laughing.

He can make a living charging about $400 to repair a car, enough to support his family.

“To eat and support the children, it’s enough,” he said. “Not for luxuries.”

Noel Nevshehir, director of international business at Automation Alley, a southeast Michigan association with about 1,000 members, is planning an exploratory trade mission to Cuba in October 2016 that will include three or four automotive companies.

He said a couple of weeks after announcing the trip, they received about two dozen calls from companies interested in the mission. Half of them were from small to mid-sized automotive suppliers.

Nevshehir said some companies that specialize in reverse and digital engineering can produce old car parts for models no longer made and technical specifications no longer available.

But with the U.S. embargo in place, the business opportunities are years away.

Nevshehir said he sees next year’s trade mission as a chance to meet possible partners, build trust and begin a series of trips that will continue over the years.

It will take even longer to export cars, he said.

“Many Cubans don’t have the income yet,” he said. “That will change as a middle class emerges.”

Now is the time to explore business opportunities in Cuba, in the wake of President Barack Obama’s lifting of U.S. restrictions, said Mandy Aguilar, Puerto Rican region vice president for The Parts House, a wholesale automotive parts distributor. But nothing can be done with the embargo in force.

In a post embargo Cuba, though, there is the opportunity to distribute basic parts, commodities that can fit or adapt to any car, such as wheel rims, fasteners, lubricants or basic repair tools.

Danny Howell, owner of Southeast Chevy Parts in Apopka, Florida, said he can’t wait to land in Cuba. He already provides customers with parts for Chevys from 1955 to 1970, and some buy distributor caps, rotors, outside mirrors and brake shoes and ship them to relatives in Cuba.

“I really want to go as a businessman,” he said. “If things continue as they are, perhaps an opportunity will open. It’s so close to Cuba down here.”

In Jaimanitas, about 10 miles southwest of Havana, Alain Suárez has managed to import American brands of tools for his auto paint and body shop.

His store is not in any courtyard. The roof doesn’t leak. The tools he has could be in any American body shop. He uses two welders branded Lincoln Electric and Everlast, and a Lincoln Electric plasma cutter. He said he buys them all from Princess Auto near Canadian cities such as Toronto or Montreal.

His wife, he said, is a flight attendant who buys the tools on trips there.

“Here, they don’t sell them, and those that they have are of a very bad quality,” he said in Spanish.

He said thanks to his tools, his shop is among the most modern in Havana.

Suárez compares with pride a rusted welding done by another mechanic with oxyacetylene, a process he says is widespread in Cuba due to lack of better tools, and the body of a ’70s Fiat 125 welded with one of his electric welders.

“You cannot notice,” he says referring to the lack of a welding joint on the metal.

While oxyacetylene lasts for only about a year, he says he can offer a five-year guarantee.

He also has a pneumatic sanding machine that uses an air compressor, instead of a manual one, and a tool with a suction pad he uses to repair dents without having to take a door apart. All that allows him to work faster.

“In a week, you can finish a full car if you have all the materials. If not, it can take a full month, or more,” he said.

Suárez said his clients have to bring him the filler and paint he needs. Those materials are difficult and expensive to obtain, he said. His clients get them either in Cuba or abroad, where it’s cheaper.

Suárez takes pride in his work.

“It’s beautiful that they hand you a jalopy and someone tells you, ‘That’s not my car,’ ” he said. “That’s beautiful.” 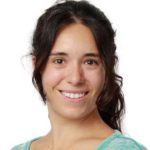