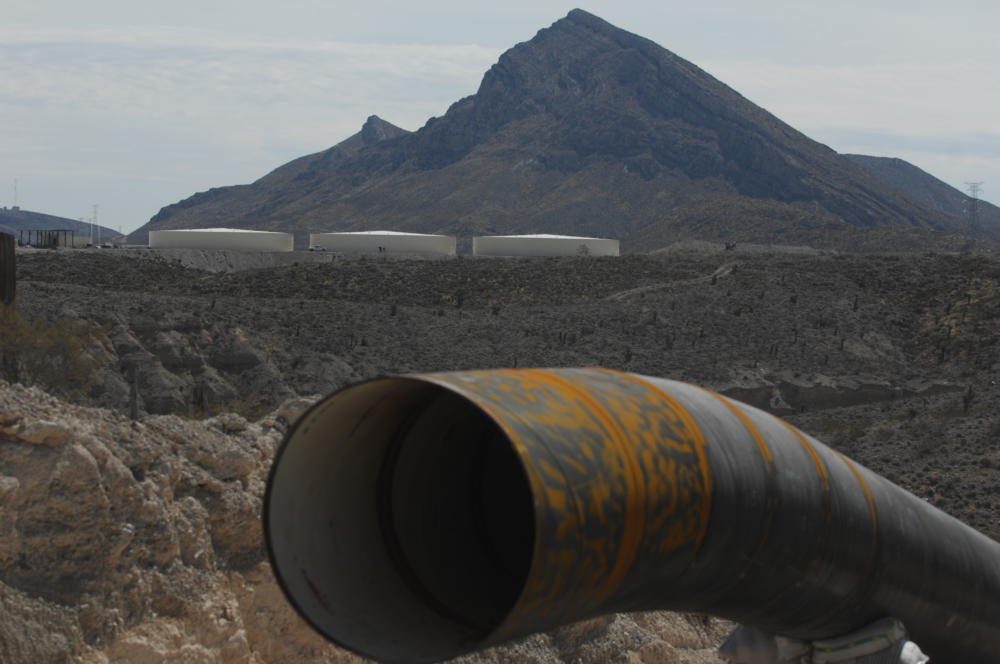 Public works projects like the Conejos Medanos water pipeline have been a boon to Grupo Carso’s bottom line, according to the company’s annual reports.

It’s this business, along with his telecommunications firm, that underpins the wealth of Mexico’s richest man, Carlos Slim.

Slim made a fortune in 1990 when he bought up Teléfonos de México after the Mexican government privatized the national telephone company. Grupo Carso is Slim’s global conglomerate that forms an umbrella over everything from construction to retail.

Carso runs the ubiquitous Sanborn’s chain of restaurants and department stores in Mexico. The company produces telecommunications, automotive and many other products; it builds highways, pipelines, tunnels and airports; it drills oil wells and transports natural gas.

The conglomerate’s Infrastructure and Construction division, which built the Conejos Medanos water pipeline and pump station for Ciudad Juárez, brought in earnings of about $69 million in 2009 – about 10 percent of the company’s overall operating income of $680 million at the time.

That division has grown significantly as a share of the overall business since the Conejos Medanos contract: Infrastructure and Construction accounted for nearly 19 percent of the conglomerate’s total operating income of $679 million in 2015, the last year for which data is available.

Slim ranked No. 6 on Forbes’ 2017 list of the world’s billionaires. The ranking estimates Slim’s current net worth at $63.2 billion.

Stories
Lauren Villagran
An award-winning journalist who has covered the borderlands and the U.S.-Mexico relationship for more than a decade.
<