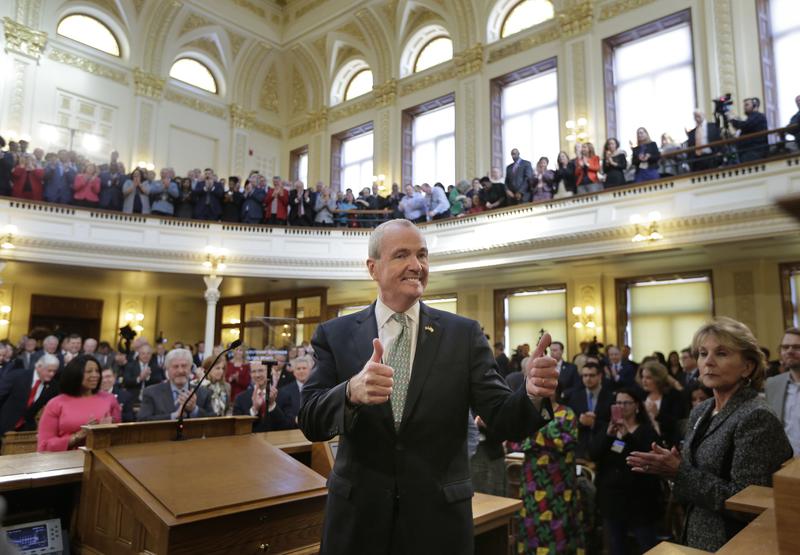 New Jersey Gov. Phil Murphy vetoed legislation on Friday that would have extended the state’s controversial tax break law, and he recommended a sweeping overhaul of a program state investigators say benefited powerful insiders at the expense of taxpayers.

“For the past six years, New Jersey has operated under a severely flawed tax incentive program that wasted taxpayer money on handouts to connected companies instead of creating jobs and economic growth,” Murphy said in a prepared statement.

That program expired at the end of June, but the legislature passed a bill that would have extended it for seven months as the governor and lawmakers negotiated reforms. More than $11 billion in tax credits for 1,000 projects have been approved by the state since 2005, Murphy wrote in his six-page message to legislators.

The veto follows weeks of talks between the governor’s office and legislative leaders, as well as months of public scrutiny, including a WNYC-ProPublica investigation that detailed how South Jersey political boss George E. Norcross III and his associates helped craft — and benefit from — the tax break program.

Of the $1.6 billion in incentives awarded to companies in his hometown, Camden, $1.1 billion flowed to businesses and nonprofits owned by or connected to Norcross, the news organizations found. Norcross has denied any wrongdoing and defended the incentives as a tool to revive the state’s impoverished cities.

Senate President Stephen Sweeney, a Norcross ally, has formed a committee to study reforms and maintains that he is open to fixing flaws in the tax break programs. But he has resisted the administration’s demands that the programs be radically downsized. The Democratic leader has not ruled out a vote to override Murphy’s veto, but such an act would represent an extraordinary challenge to the head of his own party; the legislature hasn’t over-ridden a governor in 22 years.

Sen. Loretta Weinberg, a Democratic leader from Bergen County, says that she doesn’t expect an override of the veto, but that the Legislature would work with the governor to come up with a compromise. She defended her vote to extend the controversial tax break program.

Murphy called Friday for shrinking the tax break initiative by capping overall awards at $400 million and targeting tax credits for small businesses, while beefing up the state’s ability to monitor hiring and direct awards to underdeveloped areas. He would replace the two expired tax break programs with five smaller programs catering to high-growth industries, mixed-use projects, historic preservation and the redevelopment of contaminated land.

Any new tax credit program would ultimately have to be approved by the Legislature.

Murphy’s veto caps a year of controversy and debate that has riven New Jersey politics.

In a January 2019 audit, the New Jersey comptroller’s office found that state oversight of the tax break programs was poor. The state Economic Development Authority, which approves the tax incentives, was unable to verify that companies were fulfilling promises to create new jobs and make investments in new factories and workspaces, according to the report.

A task force subsequently formed by Murphy found that the 2013 law creating the tax breaks was shaped by insiders to benefit their business interests, particularly insiders allied with Norcross. The task force has referred some findings to the state attorney general’s office, which is conducting a criminal inquiry.

Reports by WNYC and ProPublica revealed new details about the Norcross machine’s role in writing the law, as well as flaws in the EDA’s oversight. The agency awarded a $260 million tax credit to Holtec International, a nuclear technology company, despite major omissions in the firm’s application, the news organizations found.

Norcross serves as an unpaid director on the Holtec board.

After the reports, the state froze Holtec’s tax award and it is now under review by the EDA, along with tax awards to several other firms. These include Norcross’ Camden-based insurance brokerage, Conner Strong & Buckelew, and firms owned by two business partners, which in 2017 were collectively awarded $245 million in tax credits.

Also under scrutiny is the $39.9 million tax break approved in 2014 for Cooper Health System, where Norcross is board chairman.

Investigators with Murphy’s task force say they found evidence that Cooper Health and the Norcross-connected firms misled the state by falsely claiming they were considering moving out of New Jersey. The claim dramatically boosted their tax awards — by $32 million in the case of Cooper Health — investigators found. Norcross and Cooper have strongly denied any wrongdoing in seeking the tax benefits.

Norcross filed suit in state Superior Court to disband Murphy’s task force, which he claims was formed to single him out, but a judge dismissed the case last month, citing studies dating before Murphy’s election that showed deep-seated problems with the tax break program.

Norcross has appealed the decision.