Two companies explain why they want to do business in Cuba 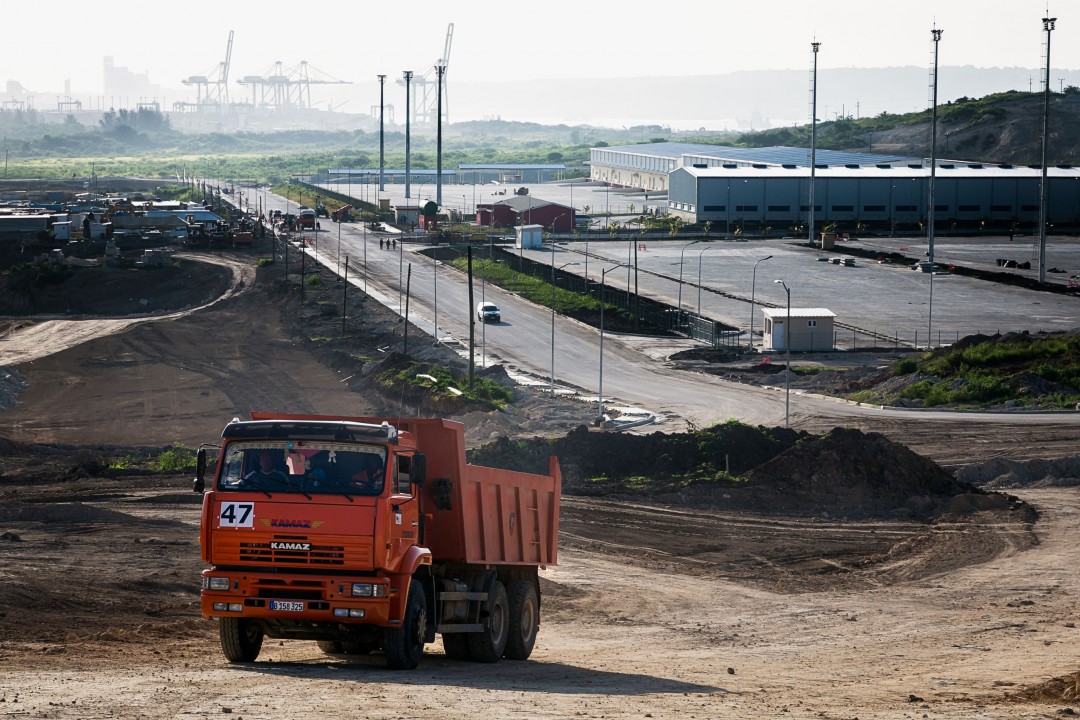 For the Spanish company Hotelsa, Cuba is a good business partner.

Hotelsa, one of five foreign companies investing in the Mariel Special Development Zone near the port of Mariel, is building a factory that will produce products for hotels, hospitals, schools and distributors.

Antonio Vicens, CEO of Hotelsa Foodservice, said they have exported food products to Cuba for more than 20 years.

Hotelsa’s factory on just over an acre will allow the company to deal directly with clients in the island without having to go through a state-owned importer.

Hotelsa is investing $6 million in the factory that is expected to employ 50 workers in three years. As the market grows, the company will keep investing.

“We are convinced that Cuba is going to grow due to the touristic sector,” Vicens said.

The company has about $70 million in revenue yearly, 400 workers and sells products around the world. It has similar factories in the Dominican Republic and Cancun, Mexico, among others, Vicens said. Cuba represents about 5 percent of the company’s revenue.

Vicens said Cuba is not a risk, and its business relations always have gone smoothly.

“We have had some payments that arrived late, but we have always been paid,” he said.

Doing business with a private company is riskier, he said, because it can just dissolve and not pay.

Other Spanish firms interested in Cuba have called at least once a week since President Barack Obama began loosening U.S. restrictions, he said.

“There is a lot of interest in Cuba at this moment,” Vicens said.

He said cuentapropistas — independent workers and small-business owners — are working more and more, and there is more money circulating. He said everyone hopes the embargo is lifted, that more tourists come and that the cuentapropista sector grows.

U.S. Treasury and Department of Commerce regulations issued in January have opened commercial and investment opportunities for American businesses in Cuba.

“Possibilities are infinite, as long as there is cooperation from both sides,” said Ambar Díaz, a Miami-based attorney

who specializes in the embargo and Cuba trade regulations.

Exports improving the lives of Cubans, the country’s communications or any independent economic activity are eligible for exception to the embargo.

That’s good news for Saul Berenthal, who at 70 speaks about how his parents fled to Cuba from the Holocaust in Europe, only to abandon the island and his father’s businesses after the revolution.

Berenthal and his longtime business partner Horace Clemmons, two former IBMers who started a software firm they later sold, want to build what could be the first factory in Cuba owned by Americans in over 50 years. The factory would produce cheap, small tractors that are easy to maintain for the country’s small farmers and cooperatives that need equipment to help them work more efficiently.

Mariel authorities are interested in their project. Berenthal and Clemmons now are waiting for a license from the U.S. Treasury.

U.S. regulations say licensed projects cannot provide significant funding for the Cuban government, Diaz said. Any investment in the country will end up benefiting the Cuban government, so she hopes Treasury officials will interpret that to mean the project has to benefit the private sector more than the government.

“If we give access to agricultural cooperatives to tractors that they couldn’t acquire anyway else, at an affordable price, the benefit for the private sector is higher than what the Cuban government would receive,” she said.

Díaz said she has other clients who are interested in taking steps toward doing business in Cuba. The highly qualified population attracts some investors.

Many Americans, especially Cuban-Americans who left the country in the 1960s, oppose trade with Cuba while the Castros rule. They say in a state-controlled economy that leaves almost no room for the private sector, the benefits of trade will go mostly to a communist government that controls the press, sends dissidents to jail and doesn’t respect human rights. They say U.S. concessions will only reward the government, strengthen it and do little to help the people.

“As a U.S. Marine veteran that served in Vietnam, we trade with Vietnam, we let tourists go in Vietnam. It’s kind of hypocritical to say that we cannot trade with a communist country,” Clemmons said.

As someone who left Cuba at 16, Berenthal sees a sort of a homecoming in his project.

“I think going to Cuba is the possibility to recover what we lost,” he said.