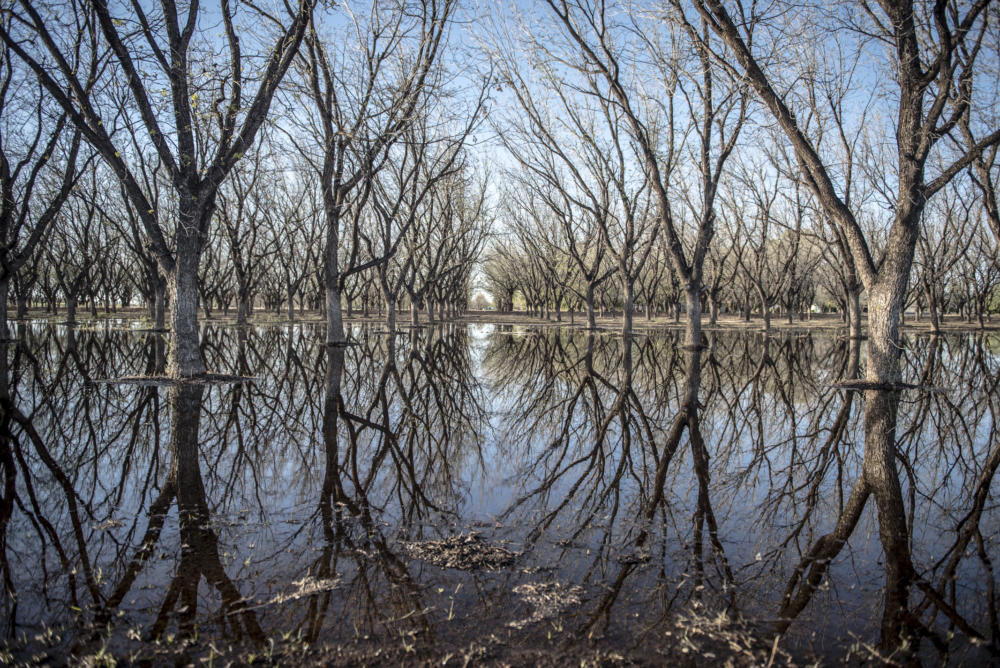 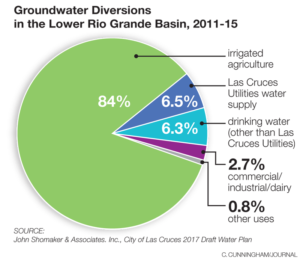 Through the desert’s hottest months, a skim of water covers the orchard floors, reflecting blue skies and the leafy tops of thousands of pecan trees. The technique known as flood irrigation is meant to mimic the historic flooding of the Rio Grande. Pecan farmers saturate their orchards each spring by pumping groundwater until the river water comes available to them, which this year happened in mid-May – months after they needed to start watering their fields. And thirsty orchards are inflexible in a way that seasonal row crops are not: Pecans can’t be fallowed or shorted water without harming the trees, says groundwater resources manager Eric Fuchs, who monitors water levels for the Elephant Butte Irrigation District.