Nine veteran journalists won grants of up to $15,000 as the 2017 recipients of the McGraw Fellowships for Business Journalism.

The winning projects will explore a variety of issues, from the environmental and financial concerns surrounding the closing of abandoned American coal mines and the growth in debt parents are taking on to fund their kids’ college educations, to the prospects for carbon capture and the increasing conflicts over water usage at the border between New Mexico and Mexico.

The Fellowships — awarded twice a year — enable accomplished journalists to do the deep reporting needed to produce a distinguished investigative or enterprise business story. The first McGraw Fellows were named in July 2014; altogether, 26 journalists have won McGraw Fellowships to date.

Roughly 120 journalists working in nearly two dozen countries applied for this year’s Fellowships. Each McGraw Fellow receives a stipend of up to $5,000 a month for three months, along with editorial guidance and assistance in placing stories with media outlets. 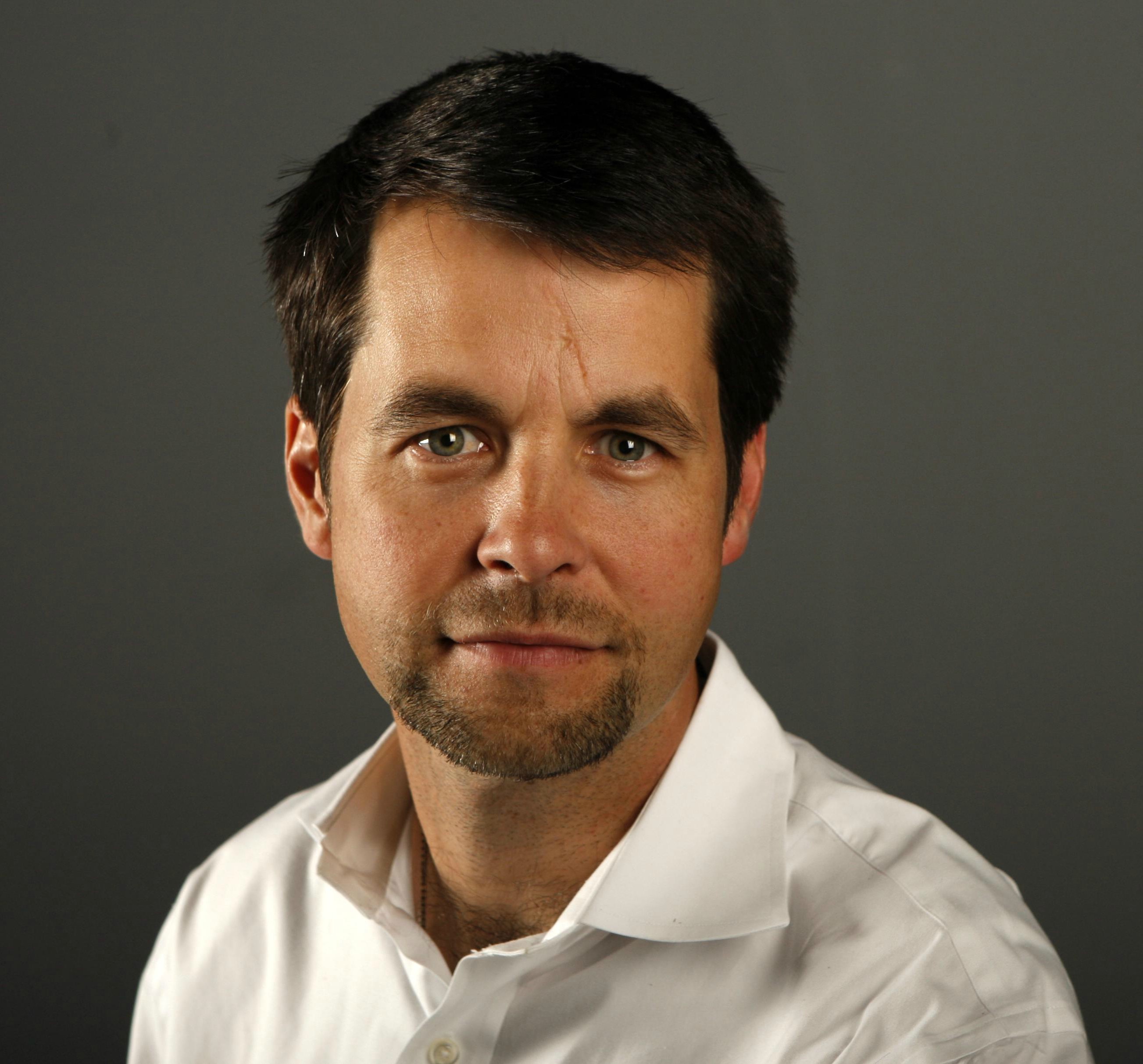 A reporter and assistant editor on the Milwaukee Journal Sentinel’s investigative team, John Diedrich used his fellowship to advance an investigation that has uncovered industrial pollution and workplace safety in Wisconsin and across the country.

Diedrich’s investigations cover a wide range of areas, from criminal justice to consumer protection, environmental risk to sports safety, using data and social media to supplement the reporting and advance his findings. Earlier this year, he and another reporter completed a six-part narrative delving into the ruthless world of witness intimidation as told through one remarkable case. Also this year, he was part of a team exposing the dangers to residents and workers at industrial barrel refurbishing plants.

A senior investigative reporter for The Eye at the Boston-based New England Center for Investigative Reporting, McKim used her Fellowship to delve into issues surrounding elderly homeowners facing foreclosure across the United States.

McKim has long written about debt and social issues for media organizations, including the Boston Globe and the Orange County Register.  In 2011, she received a Casey Medal for Meritorious Journalism for a story on domestic sex trafficking of minors. She also headed a team that exposed lead tainting in imported Mexican candies, a series that was a finalist for the 2005 Pulitzer Prize in Public Service. 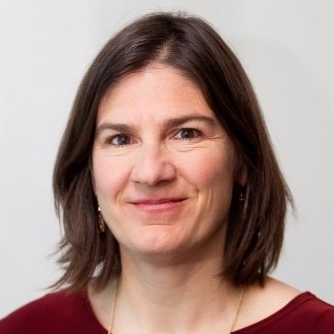 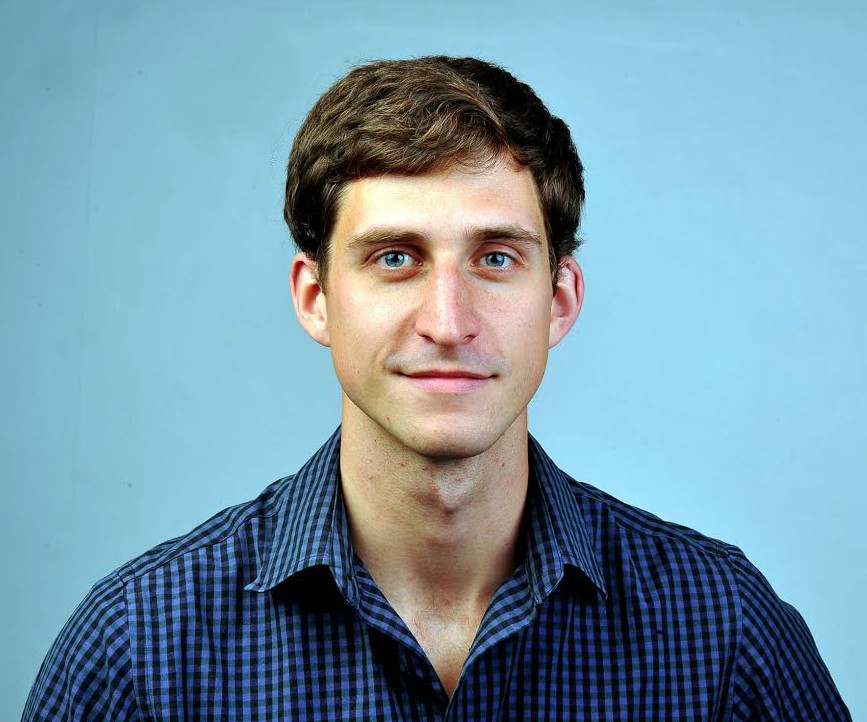 A freelance investigative journalist based in Elmhurst, Illinois, Olalde used his fellowship to examine the financial and environmental consequences of the closure of American coal mines. In partnership with Climate Home, he built a database of abandoned mining operations in the U.S., map emissions from those sites, and estimate the money available for reclamation.

Working at the intersection of the environment, politics and the economy, Olalde has reported from the U.S., the Caribbean and southern Africa. He has previously written and shot photographs for Yale Environment 360, The Arizona Republic, Roads & Kingdoms and others. He recently completed a similar investigation into South Africa’s abandoned mines, where his work freed never-before- seen data that reimagined the country’s understanding of its failed mine closure system and played a role in leading to legislative amendments.

A reporter at Debtwire North America, where he covers all aspects of the US debt markets, Plough investigated the ability of a handful of highly indebted energy companies operating in the Gulf of Mexico to fund the removal of aging offshore platforms and pipelines for which they are liable. Low oil prices continue to pummel the industry, creating a real threat that operators will file for bankruptcy and abandon their obligations. Yet even as the Trump administration is moving aggressively to weaken Federal oversight of drilling in the Gulf, the industry is locked in a showdown with the government over who will ultimately pay the multi-billion dollar cost of decommissioning the offshore drilling infrastructure.

Plough is a member of Debtwire’s first dedicated investigative journalism team and led its coverage of the financial burden that aging oil and gas platforms pose to the offshore energy industry. The first in a series of stories, ‘Dangers in the Deep’, won both regional and national business journalism awards. His background is in data-driven, investigative journalism and has reported on business, human rights and environmental issues. 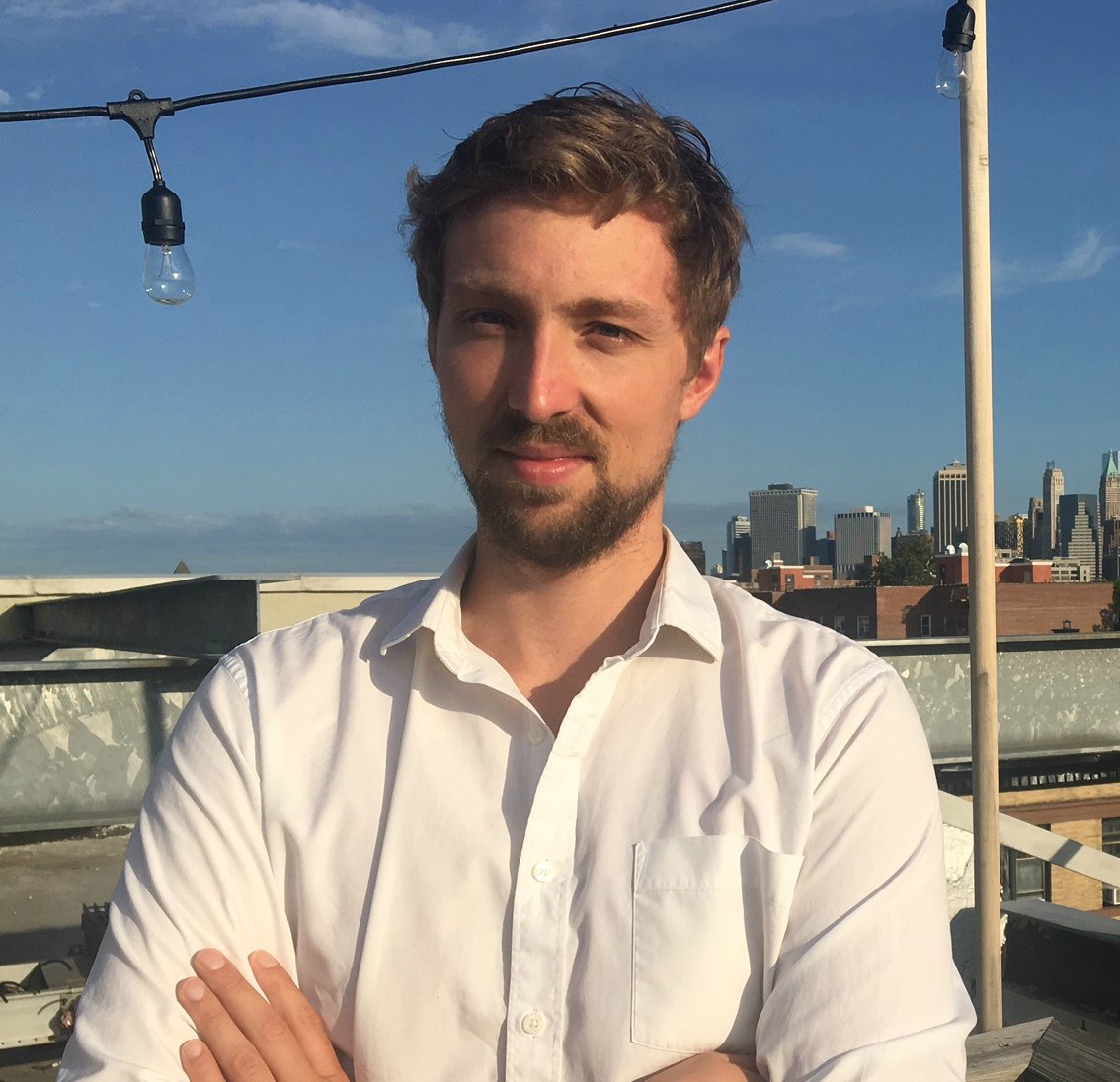 A London-based reporter for Quartz, Rathi’s Fellowship project focused on carbon capture technology, an industry that has promised for decades to help stem the world’s carbon-dioxide emissions problem, but which has consistently failed to deliver—that is, until now. A confluence of circumstances—the Paris agreement on climate change, some critical projects being undertaken by a handful of corporations and governments, and key technological advances—may mean that carbon capture is finally ready for prime time.

Rathi’s work explores the intersection of science and society. He previously worked at The Economist and The Conversation and his stories have appeared in The Guardian, Ars Technica, Nature, and The Hindu. He graduated with a doctorate in chemistry from the University of Oxford and a bachelor’s in chemical engineering from the Institute of Chemical Technology, Mumbai.

Arana, a visiting scholar at the University of Arizona School of Journalism, and Rosenblum, an independent reporter, author and educator, teamed up to examine the economic and environmental implications of the renewed growth in copper mining in Arizona and beyond.

An award-winning investigative journalist with extensive international experience, Arana is the former director of Fundacion MEPI, an investigative journalism project that operated in Mexico City from 2010-2015. Arana has completed projects in partnership with ProPublica, The Center for Investigative Reporting and various dailies in Mexico and Central America. She is a recipient of a Peabody award for her work on “Finding Oscar” an investigation of a 1982 army massacre in a Guatemalan village and a boy who survived, two Overseas Press Club awards, and a regional Edward R. Morrow Award, among others.

Rosenblum, a former editor of the International Herald Tribune and Special Correspondent for the Associated Press, has covered breaking news and written investigative stories on geopolitics, economics and the environment from around the globe for more than four decades. An eight-time nominee for the Pulitzer Prize, he has received an Overseas Press Club Hal Boyle Award, top AP honors, and a James Beard Award for his book, OLIVES: The Life and Lore of a Noble Fruit. The author of 17 books, Rosenblum’s work has appeared in Vanity Fair, Foreign Affairs, the New York Review of Books, Nouvel Observateur, the New York Times Magazine and others. He teaches international reporting each spring at the University of Arizona. 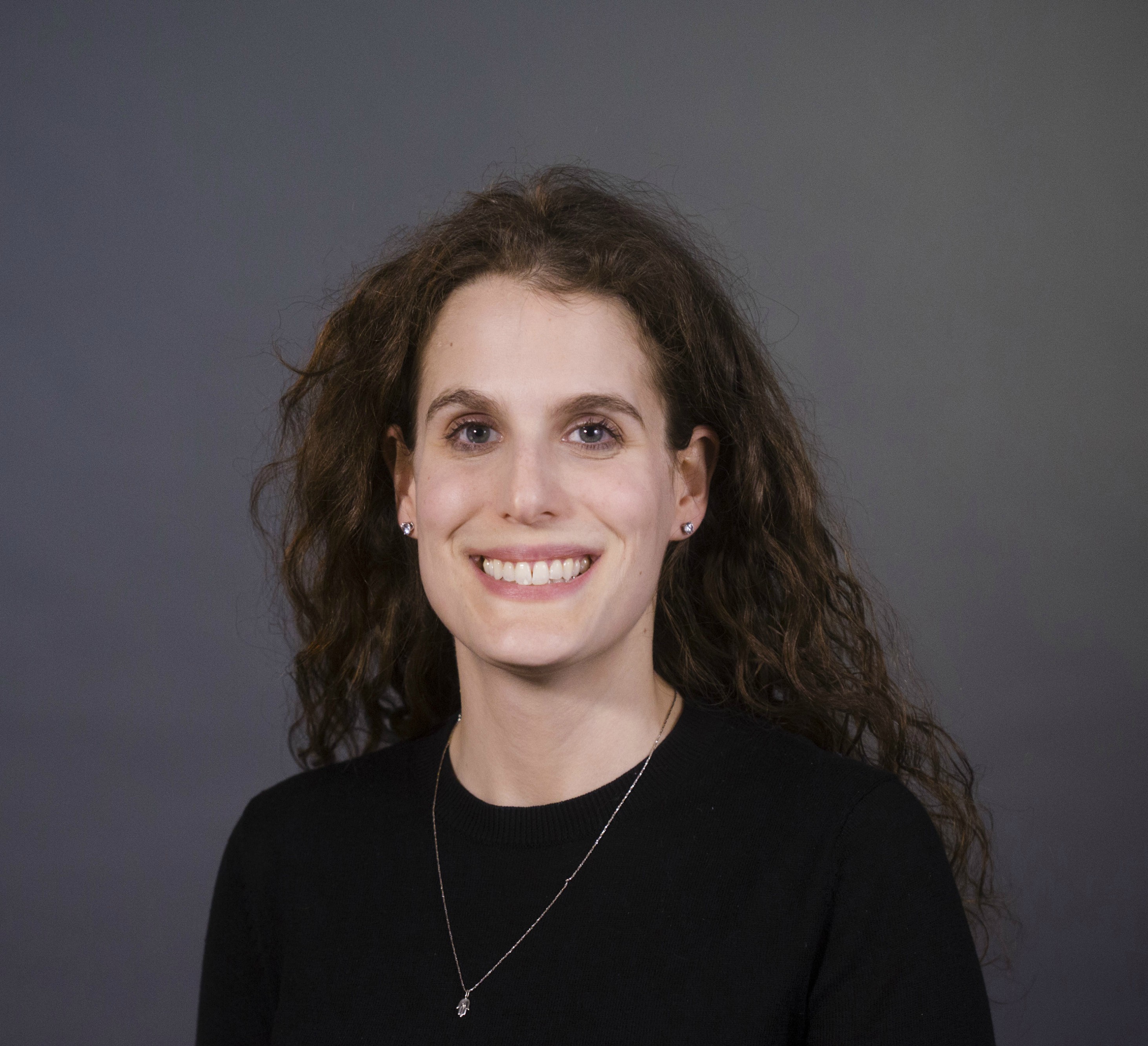 The Pittsburgh-based personal finance editor for U.S. News & World Report, Snider reported on an often-overlooked segment of the student-loan borrowing population during the Fellowship: parents. The mothers and fathers of college students are frequently permitted to take on vast sums of federal student loan debt with little regard for their ability to repay — and without access to many student loan repayment relief plans and forgiveness programs. Snider will take a deeper look at how the business of higher education and the economics of student loan borrowing have intersected to imperil the retirement funds and financial futures of thousands of American parents.

Since 2010, Snider has reported on a wide range of personal finance topics, from consumer travel to college financial aid, student loans and employment for U.S. News. She previously worked at Kiplinger’s Personal Finance magazine and has appeared as a personal finance expert on shows including Fox & Friends, the Tavis Smiley Show, and Fox Business News.

An award-winning journalist who has covered the borderlands and the U.S.-Mexico relationship for more than a decade, Villagran used the Fellowship to examine bilateral water issues- specifically, the future of a deep underground aquifer that straddles the U.S.-Mexico border. Unlike the internationally governed waters of the Rio Grande, groundwater is not subject to bilateral agreements, leaving the U.S. and Mexico to jockey for a precious resource that is critical to both nations’ economic development.

A graduate of Northwestern University’s Medill School of Journalism, Villagran has covered the financial markets in New York, the drug war in Mexico and Latin America, and immigration and the border security in New Mexico. She is based in the southern New Mexico for the Albuquerque Journal.