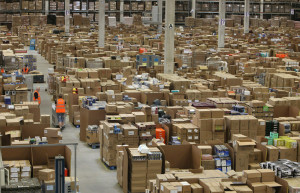 LONDON — Andrew Cecil couldn’t look more uncomfortable. It’s Nov. 12, 2012, and Cecil, Amazon.com’s director of public policy in Europe, is being grilled by the Public Accounts Committee in the House of Commons in Parliament. Charred may be a better word.

When one politician calls the evasiveness of his testimony about Amazon’s tax strategy “annoying” and “insulting,” Cecil stammers. Other lawmakers use the words “not credible” and “ridiculous” to describe Cecil’s replies. His eyes blink a little too frequently. Repeatedly, he tells his relentless questioners that he doesn’t have the information they want, but he can get back to them.

“You come to us with absolutely no information,” committee Chairwoman Margaret Hodge tells Cecil, her voice dripping with indignation. “What’s your job?”

That gives Hodge another opening.

“I don’t know what you take us for. We need proper answers to perfectly proper questions,” she says. “The idea that you come here and simply don’t answer the questions and pretend ignorance, it’s just not on. It’s awful.”

As political theater, it would be hard to find anything better, unless, of course, you’re Cecil or Amazon. A corporate titan, hauled before the sharp-tongued inquisitors of British Parliament, unable to reply in kind because it would only make matters worse. So for more than 40 minutes, Cecil sits and takes a lashing.

What’s caused the politicians’ ire? Amazon’s decision to place its European headquarters about 300 miles to the southeast, in the Grand Duchy of Luxembourg. By basing its operations in one of Europe’s favorite tax havens instead of the U.K. (or France, Germany, Spain or Italy, where it also does business), Amazon has sharply reduced its tax bill.

Of course, Amazon has had its battles with tax authorities in the United States, too. For years, the company wouldn’t build warehouses in states with large populations in order to avoid creating a so-called “tax nexus,” which would have allowed those states to tax its sales.

States challenged that through legislation and litigation, leading Amazon to cut deals to delay tax collection in exchange for new warehouses and the jobs they bring. Now, Amazon is pushing for a uniform federal sales tax applied in every state and on every online retailer with annual sales of more than $1 million.

Amazon’s European tax strategy is particularly galling for Britons who have seen the prolonged global economic crisis reduce public spending. The government has initiated such unpopular austerity measures as reducing welfare payments and increasing the age when people can claim government pensions. Keen to find revenue, they are clamping down on tax avoiders.

“In Britain, the public are rightly furious, particularly at a time when people on low and middle incomes are struggling, to see these big multinationals gaming the system,” Hodge said in an email interview.

Amazon’s reply to the tax debate in the United Kingdom and elsewhere is that it meets its obligations.

“We pay all taxes that are required in every [jurisdiction] in which we operate,” said Xavier Garambois, the vice president who runs Amazon’s European retail operations from Luxembourg. “The tax administrations in every country come to us and say you owe us that much, and we pay that much.”

Garambois also notes that taxes typically hit corporate profits, not revenue. Amazon’s long-standing business model has been to grow sales rapidly on the slimmest of margins, and even occasional losses, as it funds expansion. So any taxes paid to British tax authorities would be minuscule, he argues.

“It is a very common mistake that people say, ‘They are so big, they should pay so much more taxes,’ ” Garambois said. “Amazon’s profit is super-thin, and it’s super-thin because we continue to invest massively in our fulfillment network, in our digital opportunities, in all that good stuff.”

Amazon is not alone in the sights of Parliamentary tax crusaders. Executives from Starbucks and Google were pummeled by the Public Accounts Committee, also for basing their European headquarters in the low-tax havens of the Netherlands and Ireland.

The pressure was so intense that Starbucks last year decided not to claim tax deductions for royalties and standard intercompany charges, and said it would pay the British government 20 million pounds over two years.

“We have listened to our customers, and it has become clear that you expect more from us than just to follow the letter of the law,” Starbucks said in announcing the payment.

In April, Starbucks announced plans to move its European headquarters to London from Amsterdam by the end of the year.

In its annual ranking of the values of global brands, Intrabrand found Amazon had the 19th strongest brand in the world at the end of 2013, worth $23.6 billion. But it raised a cautionary flag.

“However, the issue of tax avoidance in the U.K. demonstrates that Amazon’s expansion plans must be checked with responsibility and prudence, or it faces risks to its brand reputation,” the firm wrote.

Amazon’s British-based rivals also have cried foul, claiming the company’s tax strategy puts them at a disadvantage because they have a higher tax burden in the United Kingdom. Shortly after Cecil’s testimony, Andy Street, then the managing director of retailer John Lewis, called on Her Majesty’s Treasury to examine corporate tax avoiders.

“You have got less money to invest if you’re giving 27 percent of your profits to the exchequer than, clearly, if you’re domiciled in a tax haven and you’ve got much more,” Street said in an interview on a British business-news program.

To understand the dispute, it’s best to start in Luxembourg. Known as a Grand Duchy because its head of state is a duke, Luxembourg has a population of about 525,000, a little less than Wyoming. The country, nestled between Germany, France and Belgium, is about 1,000 square miles, a bit smaller than Rhode Island.

The center of the capital city, also named Luxembourg, sits high on a cliff overlooking the Alzette River. Fortifications, first built more than 1,000 years ago to protect centuries of royalty and subjects, still ring the center of town.

These days, Luxembourg is a different kind of haven. Eager to lure business, the country has established some of the most favorable corporate tax policies in Europe. And because the country is one of the 28 members of the European Union, companies based there can more easily run businesses throughout Europe.

The city teems with well-dressed professionals who work either at the companies with headquarters there or cater to those businesses. In addition to Amazon, Microsoft’s Skype, Apple’s iTunes and eBay’s PayPal have set up shop in Luxembourg.

The corporate tax rate sits near 30 percent, but few companies pay anything near that, using a variety of tax strategies to reduce their bills substantially.

To take advantage of Luxembourg’s tax structure, Amazon engaged in a bit of corporate restructuring in the mid-2000s. The company shifted ownership of its European businesses to a Luxembourg company called Amazon EU Sarl (a French acronym for société à responsabilité limitée, a limited liability company).

That arrangement, along with several other complex intra-corporate transactions, has saved Amazon huge sums in taxes it otherwise would owe if it were headquartered in the U.K., Germany or France.

To be sure, Amazon doesn’t just have a mailbox in Luxembourg. The company employs more than 800 people in its two Luxembourg offices. Sitting in a modern glass office building in the Rives de Clausen quarter — with the lowercase “amazon” logo etched into the street-level windows — Garembois acknowledges Luxembourg’s tax policy played a role in the company’s decision to place its European headquarters there.

“We decided to put it here for several reasons, and taxation is part of it,” Garambois said.

But Luxembourg also offers a high standard of living that makes it easy to recruit staff. Many in the capital city speak four languages — French, German, English and Luxembourgish. And its location in the heart of Europe makes traveling to other European countries a snap.

He points out that Amazon’s Luxembourg staff developed the company’s sophisticated European Fulfillment Network, a complex system that helps Amazon determine the most efficient way to get products from its nearly 30 European warehouses to its customers, often within a day for members of its Prime service.

Amazon’s Luxembourg group also came up with a clever translation technology that’s capable of automatically converting, say, Italian product descriptions into German, or French ones into English. The system allows third-party sellers to hawk their goods to Amazon customers on any of its Europe sites.

“If you want to gain scale and leverage in your operations [in Europe], you need to translate,” said Garambois.

The notion Amazon is running a Pan-European business from Luxembourg holds little sway with British politicians. In a speech to the World Economic Forum in 2013, Conservative Prime Minister David Cameron put companies “dodging” taxes on notice, saying “the public who buy from them have had enough.”

“Let’s be clear: Speaking out on these things is not anti-capitalism, it is not anti-business,” he said. “If you want to keep tax rates low, you’ve got to keep taxes coming in. Put simply: no tax base, no low tax case.”

Not surprisingly, Amazon disputes it is gaming the system.

“I don’t think there can be an unfair advantage if you are working within the law,” said Christopher North, managing director of Amazon.co.uk Ltd.

The solution, says Charlie Elphicke, a Conservative MP and former tax lawyer, is for Amazon to dismantle its “Luxembourg tax scheme” and pay the same taxes its British rivals pay. Anything short of that will continue to tarnish Amazon’s standing.

As mundane as taxation can be, consumers are paying attention.

“People are frustrated about the economic recession, which they feel is the result of corporate excess,” said Rob Harrison, the director of Ethical Consumer, a Manchester group that has started an Amazon boycott. “And Amazon has become a byword for bad behavior when it comes to tax.”

Amazon, of course, is aware of the challenges created by the aggressive policies it has taken in the United Kingdom, as well as in Germany and France.

It has watched Starbucks shift plans for its European headquarters to assuage critics. Its executives acknowledge that many German companies work closely with unions as a matter of policy and culture. And it’s certainly aware that many French cherish their local bookstores.

Amazon has no doubt done a sophisticated calculus weighing the benefits of addressing its critics’ concerns — changes that might engender greater consumer loyalty — against the cost of moving full steam ahead. There are risks, it knows. But for now, the company clearly believes the math is on its side. 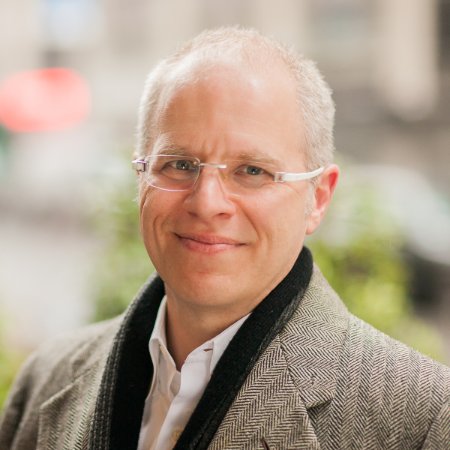