Discover the Universities Where Parents Borrow the Most 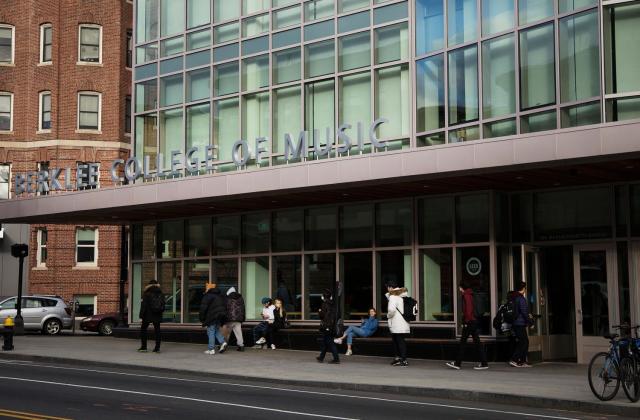 Parents who borrowed to send their children to Berklee College of Music in the 2015-2016 school year took on an average $35,388 in federal debt. (Ellen Webber for USN&WR)

A common criticism of the Parent PLUS program is that it desensitizes parents to the actual cost of college. Financial aid offices have an incentive to push parent loans, encouraging Mom and Pop to delay the reality of paying for college by borrowing with wild abandon.

That can make pricey private universities – and even some less-expensive public institutions – appear far more affordable than they truly are for low-income or cash-strapped families. Some critics also believe the government-funded loans enable schools to keep tuition and other costs high, because they fill the gap between what the colleges themselves are willing to offer in student aid and the posted “sticker price” of attending the school. Without the loans, schools might have to fund more scholarships and grants out of their endowments or cut prices to a more affordable level.

Compounding the problem, parents often don’t know what share of college costs they’ll be expected to pick up when school applications are due. By the time they find out – when the financial aid letters roll in – it’s too late.

“I find this really troubling – how it shifts all of the responsibility onto the student and family and away from the school,” says Ben Miller, senior director for postsecondary education at the District of Columbia-based Center for American Progress.

It’s also virtually impossible for parents to figure out which universities are most likely to load them up with debt. While prospective students can easily compare publicly available data on undergraduate borrowing levels and default rates at different schools through Department of Education tools like the College Scorecard and College Navigator, those consumer-friendly tools don’t log parental borrowing rates.

So how can families determine if the school their child wants to attend is working to keep parent borrowing in check and give their child a realistic, affordable financial aid package? To calculate how much debt parents at individual schools are being saddled with, U.S. News partnered with New America to compare the average amount borrowed by recipients of Parent PLUS loans at private and public institutions across the country. The measure, which isn’t simple for the average parent to find, provides a rough gauge of how heavy the cost burden is at individual schools.

Parents who send their kids to private universities – both nonprofits and for-profits – tend to borrow the highest amount in Parent PLUS loans on a per-recipient basis. Many are arts or music schools located in pricey metropolises, such as Berklee College of Music in Boston.

The private arts institution topped the list, with the highest average Parent PLUS loan totals. Parents of Berklee students borrowed $35,388, on average, for the 2015-2016 school year. In other words, by graduation, the average Berklee parent borrower could take on more than $140,000 to fund their child’s undergraduate degree. And that would be on top of any debt their child had taken out on his or her own.

That was the experience for Lynn, a Berklee parent who asked not to reveal her last name, who borrowed more than $100,000 in PLUS loans during the three years her son studied saxophone at the music college. She had originally intended to tap home equity, but her house lost half its value during the most recent financial crisis. “I haven’t begun to pay back the student loans,” she says. “But it’s coming, and I’m terrified of it.”

Lynn, who is recently retired and takes half her husband’s Social Security, anticipates her payments reaching $1,500 to $1,700 per month over a 10-year repayment plan, more than twice her monthly income. Even if she began receiving her own Social Security payments, they would be eaten up by her parent loan bills, she says. “As an adult, I know that loans have to be paid back, but I was in my 60s when they allowed me to take these loans, and things have changed again for me. I was sick last year, and I stopped working.”

She says that she regrets sending her son to Berklee, but it was his dream to study there. “When your child is like, ‘I want to go there, I’ve been wanting to go there since I was in third grade,’ how do you say no?”

Berklee declined to speak on the record to U.S. News.

Other private universities on the list include New York Film Academy, a for-profit arts school with campuses in New York, Los Angeles and South Beach, Florida, Dartmouth College and New York University. The list, which didn’t count schools with fewer than 100 parent borrowers, had 12 schools that posted an average Parent PLUS borrowing amount of more than $30,000 for a single year.

At these public institutions, parents may take on high average debt for different reasons. Representatives of a number of public universities with relatively heavy parental borrowing say that it’s largely due to out-of-state enrollment. The University of Oregon, for one, has battled increasing state disinvestment in higher education by encouraging nonresidents from states like California to enroll and pay higher tuition.
“The states have gotten out of the business of funding public universities and shifted the burden to parents and families, which has ultimately led to more loan borrowing,” says Roger Thompson, vice president for student services and enrollment management at the University of Oregon, where parents borrowed $22,178, on average, to pay tuition, living expenses and other costs that totaled around $47,000 for out-of-staters in 2015-2016.

Indeed, there’s a stark difference between out-of-state and in-state parental borrowing at the University of Colorado–Boulder, which breaks down PLUS loans by resident status. Parents of out-of-state undergraduates from the class of 2016 who borrowed took on an average of nearly $93,000 over four years, or more than $23,000 annually, according to the school’s data. Parents of in-state students who borrowed took on a more modest $41,100, or about $10,000 in each of four years.

Covering college costs at a four-year university such as the University of Colorado–Boulder without parental help is nearly impossible these days, says Ofelia Morales, the university’s director of financial aid. “Just student loans might be enough to cover community college, but if you’re wanting to go to university, the federal lending side has just not kept up with what it actually costs to go to school now,” she says. Dependent college students can typically only borrow up to between $5,500 and $7,500, depending on their grade level. For many schools, that’s simply not enough to cover the cost of attendance, even after accounting for additional scholarships or work-study aid.

While not all parent loan borrowing is ill-advised, problems arise when families without the means to repay these loans are encouraged to take on outsized debt, experts say. “We’ve kind of ‘back-doored’ this way into being able to finance education, especially for low-income folks, and it does put them in a very hard spot,” says Persis Yu, a Boston-based staff attorney and director of the Student Loan Borrower Assistance Project at the National Consumer Law Center.

Parents must choose between “making it possible for your kids to go to school and have a future or, you know, preserving your own financial future – being able to retire,” she adds.

Financial aid officers and other university representatives reject the criticism that they benefit at the expense of their students’ families. They say it isn’t their job – or within their capabilities – to discourage parental borrowing. Parent PLUS loans are federal products, they point out, maintained and administered by the Department of Education; schools don’t have the systems in place to evaluate an individual parent’s borrowing risk, like a bank or a lender would. And they can’t forbid a parent from taking a loan that the government has approved.

“Like most of our peer institutions, Georgetown [University] analyzes what portion of their child’s education a parent has the ability to pay, and it is up to individual families to determine if they will pay out of current earnings and assets or finance this portion,” says a spokesperson for Georgetown University, where parents who borrowed took on an average $30,789 in the 2015-2016 award year.

Some counseling for parents is available, including credit counseling required for parents initially denied a PLUS loan and schools’ own financial aid services. “Financial aid administrators have a responsibility to make sure they work with borrowers and answer questions and help them understand how the PLUS loan fits into the broader package,” says Megan McClean Coval, vice president of public policy and federal relations for the National Association of Student Financial Aid Administrators, a nonprofit membership organization representing financial aid professionals.

But she notes that the loan is ultimately a federal product that parents can take if they meet the criteria, including having no adverse credit history and meeting the enrollment requirements, no matter what a financial aid officer recommends in a counseling session. “It’s not like this is a loan coming from the school,” Coval adds. “It’s a resource that’s offered at a federal level, so if we’re really going to be critical of it, we need to take a look at the programs from a federal policy perspective.”

Editor’s Note: This story was produced in partnership with the McGraw Center for Business Journalism at the City University of New York Graduate School of Journalism. It is the second in a series of stories exploring the high cost and financial impact of federal student loan borrowing among the parents of college undergraduates. 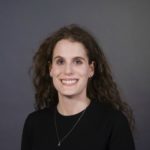