How we investigated reverse mortgage foreclosures 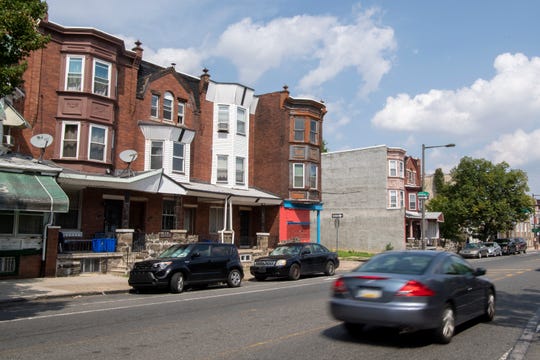 Cars pass by the home of Patricia Blair in North Philadelphia. (Photo: Jasper Colt, USA TODAY)
USA TODAY had one simple question: Why are so many reverse mortgages held by seniors foreclosing and where are they happening?

The answers were complex, driven by records from the U.S. Department of Housing and Urban Development, data from the U.S. Census Bureau and nearly 100 interviews with lenders, borrowers, servicers, bankers, regulators, counselors and attorneys.

HUD makes data on originations of reverse mortgage loans available on its website – but foreclosures are much harder to obtain. USA TODAY waited months to receive data requested under the Freedom of Information Act from HUD’s Single Family Data Clearinghouse.

Reporters partnered with Grand Valley State University and the McGraw Center for Business Journalism to analyze the data and compare it to on-the-ground realities. The team pulled reverse mortgage originations data from 1989 to 2018 from HUD’s website.

USA TODAY and Grand Valley State then used this dataset to identify the top lenders and ZIP codes with the highest number of reverse mortgage originations by year.

The team obtained data about reverse mortgage foreclosures from 2013 to 2017. This dataset provided the basis to add up the foreclosures and to find the ZIP codes and cities with the highest numbers.

At the ZIP code level, the team crossed both the originations and foreclosure datasets with demographic data from the Census Bureau. The census data includes information about residents’ age, race and ethnicity from 2010, as well as median household income from 2011.

This combined dataset allowed USA TODAY and Grand Valley State to calculate origination and foreclosure rates by ZIP code and to see which lenders had been particularly active in predominantly black areas during the period from 2001 to 2009.

The team used the standard zip codes in which at least 80 percent of the residents were black or white to say that the neighborhood was predominantly of that race.

Because of minor geographic differences in the census and mortgage datasets, the analysis at certain points includes 99.6% of the originations between 2001 and 2009 and 99.8% of the foreclosures between 2013 and 2017. The team also used demographic data from the 2000 Census to analyze the level of reverse mortgage activity in predominantly black ZIP codes during the decade from 1990 to 2000.

What we don’t know

Tracking loan-level information about senior borrowers is difficult since the government doesn’t provide the race, income or credit of those who take out reverse mortgages.

Reporters added census data to loan-level information to help shed light on what types of borrowers took out the loans.

Another hurdle is the opaqueness of loans in HUD data. The agency can’t easily say why each foreclosure occurred and whether the senior was served with an eviction notice. We used on-the-ground reporting with borrowers, advocates and their attorneys to help fill in the gaps.

Researchers in both Philadelphia and St. Louis also pieced together court records to uncover the main drivers of foreclosure, aside from death, which include tax and insurance defaults and occupancy issues.

How many foreclosures in your area?

A team of developers at USA TODAY built a tool for readers to see ZIP code level data on foreclosures. Click here to see the map that lays out the rate of foreclosure per 1,000 eligible senior borrowers.

Borrowers living near the poverty line in pockets of Chicago, Baltimore, Miami, Detroit and Philadelphia were among the hardest hit.

What should I consider before getting a reverse mortgage?

Reporters built a list of key questions and considerations for seniors and their families. Download a copy to inform a family conversation before entering into a reverse mortgage.