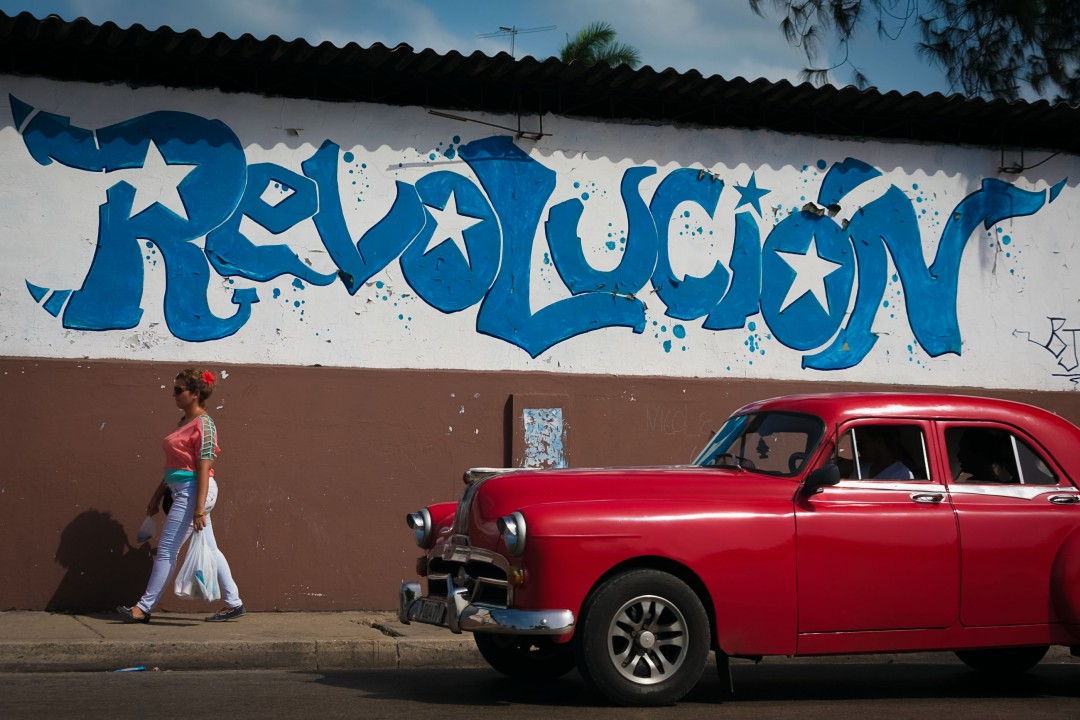 HAVANA — Ibis Díaz offers a room for rent in Centro Havana, midway between el Vedado and Old Havana, two of the city’s tourist draws. The apartment she owns is prime real estate steps away from El Malecón, the promenade along the sea where Cubans walk, meet, play music, fish, or just sit watching the horizon all day — and all night.

Díaz already has bookings for two nights for the room. It has air conditioning, a fan and a private bathroom. The price: 30 CUC per night in high season and 25 CUC in low season, or between $25 and $30.

Díaz, 50, said she has been renting a room in her apartment, where she lives with her husband and a 24-year-old daughter, for about five years. She worked in a hospital as a sewing and laundry manager but suffered a cervical hernia, she said. Renting a room replaced her wage.

“One looks for a way to have (economic) relief,” she said in Spanish.

For many Cubans with homes in tourist areas, renting spare rooms in their homes became a good source of income long before the Airbnb website was founded. Through word-of-mouth, business cards, phone, email and Internet, Cubans connect with tourists who look for an alternative to hotels. Cubans rent 1,915 private homes and 8,400 rooms to tourists, according to José Luís Perelló, professor at the School of Tourism at Havana University.

They also make up for the lack of rooms in tourist areas during high season.

Airbnb spotted the trend and started to list on its website more than 1,000 private homes in Havana and across Cuba, from Pinar del Río in the west to Santiago de Cuba in the east. New U.S. regulations allow businesses to provide travel services for authorized trips without needing a specific licensed from the U.S. Treasury Department.

For tourists visiting Cuba, staying in one of the private homes is a way to find cheaper lodging and to connect with people who actually live there, although most homes don’t have Internet.

Díaz’s son, who lives in Pamplona, Spain, has a travel agency with Cuba among its destinations and sends her visitors. She has access to email — but not to Internet — and that’s how she manages the bookings. She said her apartment is listed on websites, but she doesn’t know which ones. Her children have access to the Internet and email her at her Cuba’s Nauta email account when she has reservations or when they are canceled.

“Cubans have to invent to be able to live,” she said.

In June, she made only about 15 CUC, or about $15, she said. But in December, January and February, she would like to have 10 rooms to book. In a very good month, she can earn 200 CUC (about $200) after paying taxes, which equals about 10 months salary for a typical employee of a state-owned company.

But life is expensive. Basic goods, such as detergent, soap and oil, have to be bought almost always in CUCs, one of the country’s official currencies (The other is Cuban pesos). Her son and a daughter who also lives in Pamplona each send her about $40 to $50 a month, a little bit more on Mother’s Day.

She said most of those who stay at her home are young. The last guest she had from the U.S. was a young woman from New York. She doesn’t like renting to students, though, because they don’t pay well and they sometimes come in at odd hours, drink alcohol and are loud.

Cruise ships don’t offer any business because passengers stay on board, she said. But she would love to have more ferries coming from the U.S. because, generally, Americans are good clients. Old Havana nail salon owner Ronaldo Montano rents a bedroom to guests as a way to earn extra money. Renting rooms is a tradition that has grown since the Cuban government has relaxed rules governing private enterprise. (David Albers/Staff)

In Old Havana, Ronaldo Montano, sitting on a bench inside his nail salon at the other side of the street where he lives, said he has seen more North Americans lately. If U.S. restrictions for travel to Cuba are lifted, he said, he would benefit. More people will know about his country, more guests will rent his apartment.

After eight years of working in Miami, Mexico and Europe in all sorts of jobs, including as a security guard and installing solar panels, Montano returned to Cuba in 2013. “Jobs were short, temporary,” he said.

Montano added a second floor to his house in Havana with his savings and started to rent the lower space to tourists, with two rooms and two bathrooms for 70 CUC per night — or 35 CUC per room, about $35 a room.

He also started the nail salon, which serves mostly Cuban women, to help his wife start a new project.

He said his apartment is worth about 5,000 CUC, or $5,000, but he could get about 12,000 CUC on the market. Some, he said, are selling property to foreign tourists through intermediaries.

His businesses are going well. He could see himself investing to rent more rooms, or in other businesses.

“If I could buy a whole building. … But that is only a dream,” he said.

Montano returned to Cuba, he said, because it is home, and this is where he wanted to start his own business.