The vision for Mariel: A zone for international business 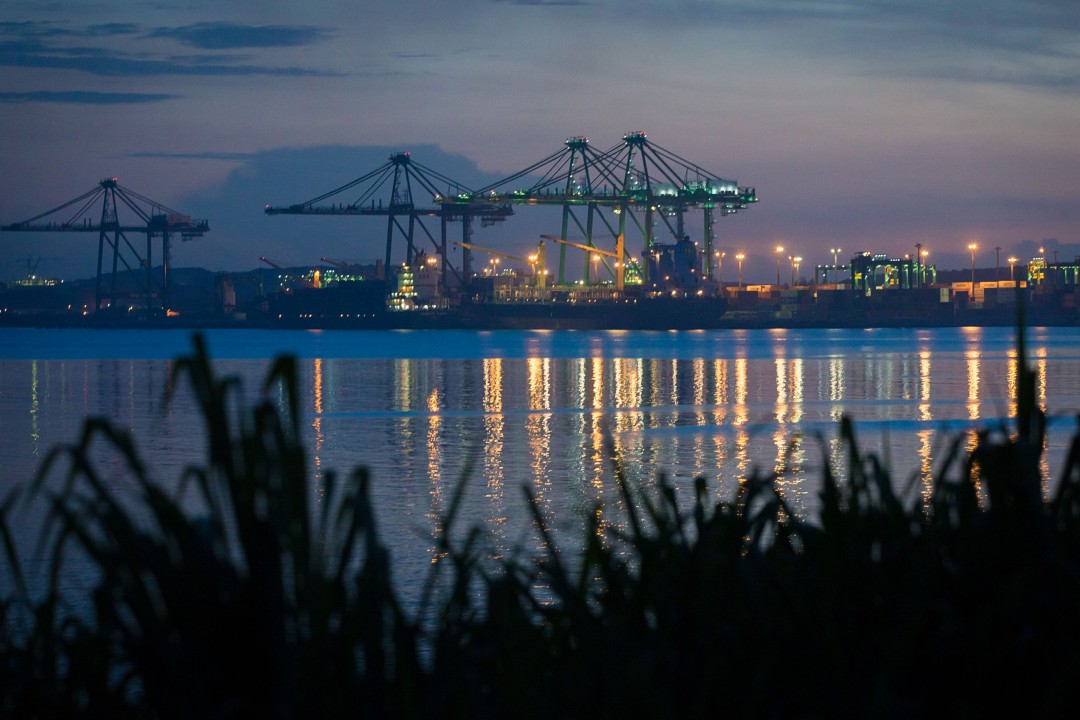 MARIEL, Cuba — A plaque on the building that houses the offices of the Port of Mariel describes the vision Cuba has for the terminal.

This port on the northwestern tip of Cuba can serve as a center of maritime commerce, an entry to the region for exporters around the world, said Ana Teresa Igarza, director for the Mariel Special Development Zone. And the land near the terminal offers a low-tax corridor for multinational companies.

The port and the adjacent economic development zone represent one of Cuba’s most publicized bets to attract foreign investment and to create jobs.

At her office in Havana, about 30 miles from Mariel, Igarza highlights the success so far — five small and mid-sized foreign companies approved for the zone established in 2013. There are one Spanish, two Mexican and two Belgian firms.

This is a different investment model for Cuba: All five companies are 100 percent foreign-owned, not joint ventures with the government.

In 10 years, Igarza believes the zone — now a collection of towns, undeveloped land and construction sites — will become an international city that attracts investment and boosts Cuba’s economy.

“We are seeing ourselves in an scenario where investors come here because they feel attracted, because they consider Cuba is a country where they can settle in a stable way and build together a future,” she said.

That is the dream. Luis Alberto Acosta lives the reality.

Acosta sits on the stairs of a deteriorated building in Mariel, a town that lies on the Bay of Mariel facing the new port. He said he’s heard new factories have been approved for construction near the terminal, and he hopes they bring jobs. But he hasn’t seen much progress yet.

“You stand at night down in the park, and you see the beautiful lights of the zone,” he said. “But here in Mariel, I don’t see that this has prospered.”

Sitting at the entrance of the Gulf of Mexico, about 1,000 miles north of the Panama Canal and 120 miles south of Florida, Mariel Port has a strategic location that, Igarza said, will help it become a logistical center in the region with a qualified workforce. Mariel Port, opened in 2014, is capable of managing 824,000 containers a year, a capacity that could increase up to 1 million containers. The $1 billion project that includes the terminal, and the rail and highway serving it, was financed mostly by Brazil’s Development Bank.

The port, operated by Singapore firm PSA International, can be extended more than a mile to handle as many as 3 million containers a year, Igarza said.

Ship traffic in the region is expected to increase when the Panama Canal expansion is completed, now scheduled for next year.

Igarza said the port will complement others in the region, not compete with them, by helping handle traffic.

But Florida Secretary of Commerce Bill Johnson views Mariel as a direct competitor to other ports in Florida and elsewhere in the region, threatening to take business from them.

“It has the potential to serve as a transshipment center,” he said.

The port of Miami lost a lot of its transshipment business to ports in other countries after the 9/11 terrorist attacks, when new regulations making ports safer also delayed transshipments, said Johnson, the port’s former director.

Johnson doesn’t believe now is the time to invest in Cuba, but he sees opportunities for U.S. businesses if there are political and regulatory changes in the country.

“At the right time, under the right circumstances, I have no doubt that there will be incredible opportunities for trade, engineering firms, architecture firms, in the rebuilding of a free Cuba,” he said.

Carlos Buqueras, executive director of Florida’s Port Manatee, sees Mariel as an opportunity, not competition. Port Manatee is the nearest terminal on the west coast of Florida to Havana and Mariel ports, about 11 hours away. He envisions the Manatee port as a hub for passengers and merchandise from Cuba.

Florida could be something like a general store for Cuba if the embargo were lifted, providing products the island needs in a reasonable time. Amazon, for example, has a warehouse about 6 miles from the Manatee port. If someone in Cuba placed an order with Amazon, the shipment could leave the Manatee port overnight and be in Cuba the next day. The economic development zone created around the port should attract foreign companies in sectors such as electronics, chemicals, computers, biotechnology and pharma, Igarza said. The initial zone includes about 11,000 acres, but the goal is to develop the Mariel Special Development Zone over about 180 square miles.

The focus now, she said, is on the first companies that have been approved for investment — a meat processor, a manufacturer of food products, a logistics company, and two in the chemical industry and climate sensors. Other, bigger potential investors will follow.

“The big ones always look at what the small ones do. And then they wonder why he is there and I am not, and they come after,” she said. “It’s the strategy we are following.”

Mariel is still waiting for new business and promised growth.

Leocadia Márquez, 75, said her restaurant — or paladar — didn’t receive much more business after the construction started.

“This town is very small and there is not much money,” she said.

A business boom in Mariel might take time, and might not come in her lifetime, she said.

“There are good prospects. Maybe, I won’t enjoy them, because of my age,” she said. “But he who stays here will enjoy them for sure.”

Near one of the town’s small parks, Victor Zambrana, 77, stands next to his cart, selling sweets for a living.

“Trying to get by,” he said when asked about his business.

Even if the town is in disrepair, he said, construction at Mariel has given jobs to many. “They say that this is going to rise,” he said. “It’s going to be a benefit for this town and for many countries in the world.”

Yailín Matos, whose husband earns about $8 a month building small buses in Mariel, said the construction at the other side of the bay gave prestige to Mariel, a town marked by the stigma as the exit point for more than 125,000 Cubans who fled to Florida through its old port.

She expects the new port and economic zone will define the quiet area in a better way.

And she hopes the economic zone and the port will bring more activity, more people and more businesses to the area.

“I’d like the town to be more lively,” Matos said.

In 2013, Cuba approved new regulations to attract investment in the Mariel Special Development Zone and, in 2014, a new foreign investment law.

The new law sets time limits to approve investments, and offers warranties to foreign investors — including compensation — against expropriation, or the government taking over business assets. Still, investors can be expropriated in the interest of public utility or the common good. Some conflicts have to be resolved in Cuban courts and not in international courts of arbitration, Carmelo Mesa-Lago wrote in a working paper for the Real Instituto Elcano, a Spanish think tank.

But Cuba remains a risk for foreign investors, not only because the embargo shuts the door to the U.S. market but also because of Cuba’s own internal barriers, said Luis R. Luis, international investment consultant and a founder of the Maryland-based Association for the Study of the Cuban Economy.

Luis said Cuba’s economy is terribly managed and there’s little prospect that the state will loosen its grip over it, a key factor for growth.

The state controls prices, wages and the labor market. Investors have to hire employees through state employment agencies. They don’t have direct negotiation power to set salaries and conditions, and a big chunk of the employees’ salaries ends up in the hands of the government, Luis said.

“If costs go up, the company doesn’t have the freedom to raise the price immediately,” he said.

Luis said the Mariel zone has some advantages: Investors can import supplies directly; taxes are lower; and employment regulations are more flexible.

“Mariel zone cushions some risks that exist in Cuba, creating a different regime,” he said.

If the embargo is lifted, he said, international lenders will be more comfortable financing projects.