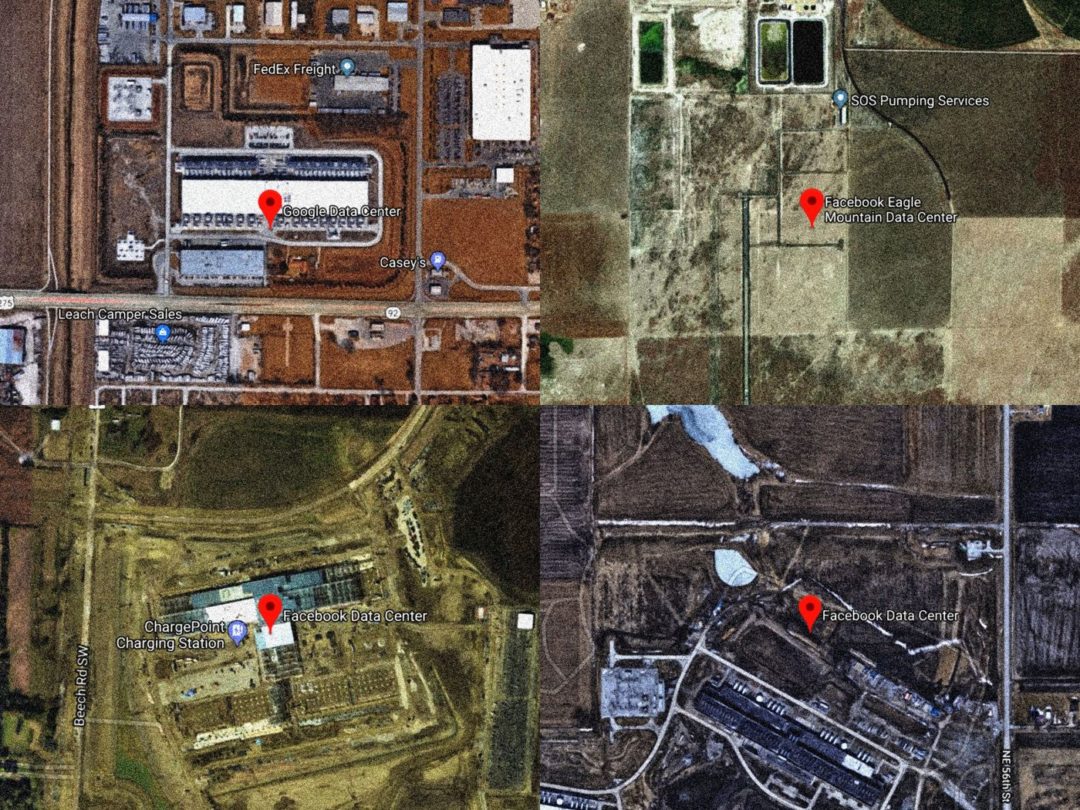 Ed Soliday likens data centers to the Spruce Goose, the enormous wooden airplane Howard Hughes flew just once. “Everybody laughed at him,” says the Indiana state representative, “but it wasn’t the airplane where he made his money.” The big swing, he notes, helped catalyze a fortune in government contracts for Hughes’s aircraft company, even though the original vision was a miss. This is how Soliday, a Republican, sees a new law he helped pass, which eliminates sales taxes for an unprecedented five decades for a company that commits at least $750 million to a data center in his state.

The legislation is aimed squarely at luring tech giants such as Apple, Facebook, and Google, which are constructing or have constructed massive cloud campuses in nearby Iowa, Ohio, and Nebraska. While 30 U.S. states offer some kind of tax incentive for data centers, Indiana’s law stands out from those of its neighbors, whose provisions typically expire within 10 to 15 years of construction. Many of the Indiana law’s advocates will be dead before data center builders owe the state any money. (Soliday, for example, is 74.) “It’s hundreds of millions of dollars over the course of 50 years,” says Kirk Offel, managing partner of Overwatch, a consulting firm that’s advising data center developers in Indiana. That’s money that won’t be available to public schools, which rely heavily on state sales taxes.

Although finished data centers provide relatively few jobs, a construction boom is an attractive prospect in parts of the deindustrializing Midwest with few alternatives. Facebook has said it would spend $16 billion on data centers in 2019 alone; Google, $13 billion; and Apple, $4.5 billion. Together, these three companies, plus Microsoft and Amazon, accounted for the bulk of the $119 billion invested in data centers worldwide last year, according to Synergy Research Group. “State governments are looking at them as a core investment in the expansion of the economy,” says Sean Reynolds, managing director of the Midwest data center practice at Jones Lang LaSalle, a commercial real estate firm.

In Indiana, where the state sales tax is 7%, the new law guarantees at least $70 million in savings to a company that commits to building a $1 billion facility. The law also waives taxes on electricity use, worth additional millions in savings, and municipalities are certain to add further incentives as they bid against one another. The law has no significant job creation requirements or worker protections against automation. At the last minute, lawmakers dropped a provision requiring that 75% of data center labor and equipment be sourced locally. Indiana is the state most vulnerable to job losses via automation, according to the Brookings Institution, a Washington think tank. And any tax breaks offered on equipment aren’t one-offs: Data centers replace server stacks at least every three years. 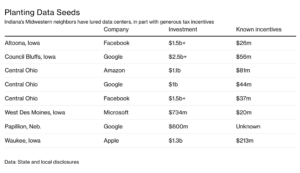 Other states may offer rival measures. In Michigan, lawmakers have proposed to exempt data centers from sales taxes until 2055. Illinois, after six years of lobbying, passed a law this summer exempting data center operators that invest at least $250 million from state and local sales tax. Developments must create 20 full-time jobs, but incentives last no more than 10 years. “We struggled in Illinois for a long time with getting the data center bill to get any momentum at all,” says Reynolds. “We saw success when the sponsors of the bill were smart enough to realize, we’ve got to get labor on our side—electrical unions and pipe fitters, who see data centers as unbelievable sources of employment.”

The Indiana law’s passage required years of lobbying by the industry, along with the persistence of Mark Messmer, the Republican state senator who first introduced an exemption bill in 2013. For years, other lawmakers balked at the lack of promises on direct job creation. Messmer says he stressed that the jobs are indirect, such as air conditioning contract work to cool the data centers’ server racks. He also operates Messmer Mechanical Inc., the 50-employee heating and air conditioning company his father started in 1970.

Asked about the prospect of profiting from the legislation, Messmer says, “If there’s ever a data center in my county, we could pursue them as a customer.” As far as losses to state coffers, he doesn’t see a financial sacrifice being made by Indiana. “Seven percent on zero is zero,” he says. “You are giving up nothing because we were getting nothing.” If Indiana and its neighbors want to stop giving away needed tax revenue, they have to stand together, says David Dunn, chief operating officer of H5 Data Centers. “If every state said the industry had to pay,” he says, “there wouldn’t be any reason to pit states against one another.” —Reporting for this story was supported by the McGraw Center for Business Journalism at the City University of New York’s Newmark Graduate School of Journalism. 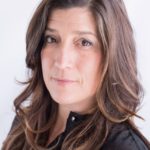