Towns sell their public water systems — and come to regret it 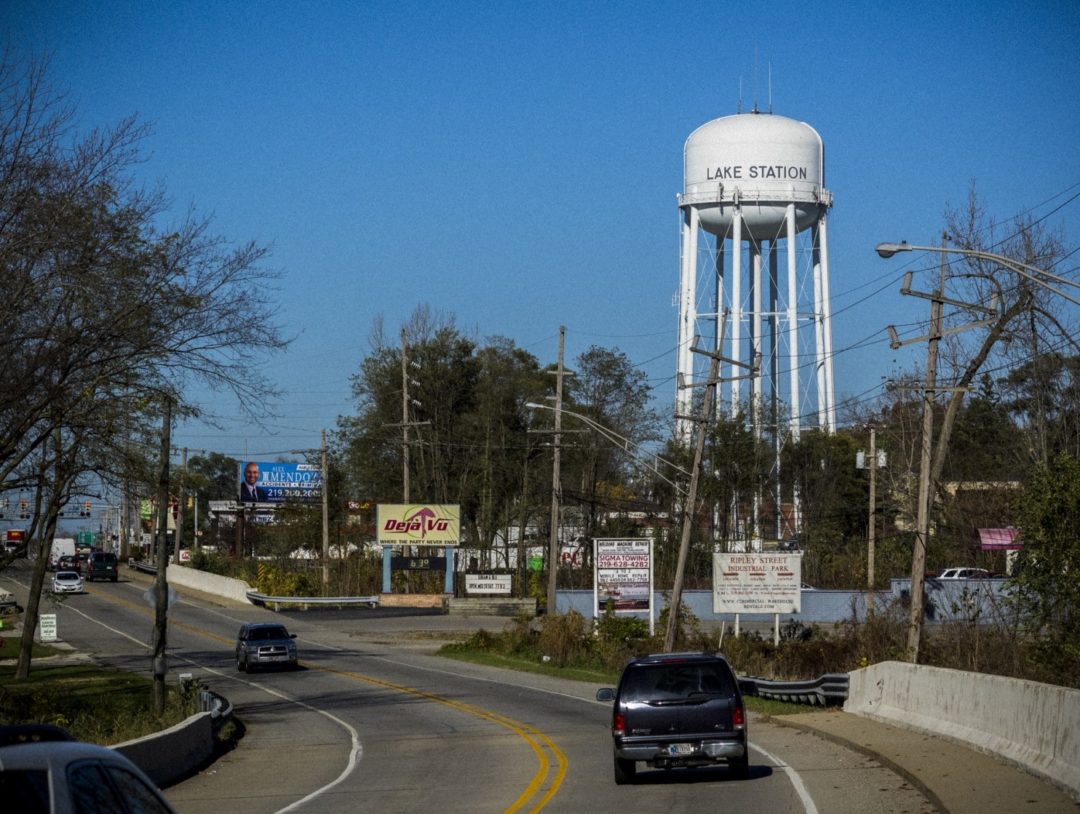 LAKE STATION, Ind. —This hard-luck town just south of Chicago is weighing a decision confronting many small and midsize cities with shrinking populations and chronic budget deficits: whether to sell the public water system to a for-profit corporation.

Lake Station desperately needs the cash. Once solidly middle-class, the town of 12,000 has suffered from cutbacks at nearby steel mills, statewide caps on property taxes, and debt incurred to build a pricey new City Hall.

Selling the water system would erase $11 million in utility debt and leave the city with a $9 million windfall. But the deal does not fund any of the water system’s $4 million in overdue repairs, costs that will be passed along through higher rates. Customers usually pay more for water after private companies take over.

“You’re in bad shape financially to where you’re talking about laying off police, so you’re going to have to do something,” said Lake Station Mayor Christopher Anderson (D). “The biggest issue with privatizing is we’re losing control of the operations.”

Neglected water infrastructure is a national plague. By one estimate, U.S. water systems need to invest $1 trillion over the next 20 years. Meanwhile, federal funding for water infrastructure has fallen 74 percent in real terms since 1977, and low-interest government loans have not filled the gap. 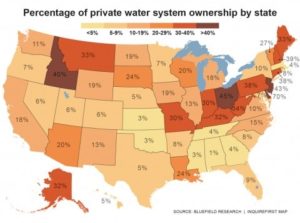 President Trump campaigned on a promise to rebuild the nation’s infrastructure, but his budget would reduce federal aid for water projects. It eliminates a $498 million loan program that helps rural communities fund water projects. And it adds only $4 million, or less than half a percent, to the State Revolving Funds, considered one of the government’s most successful programs for local water projects. That means the revolving fund for drinking water would have the lowest budget in real terms since the program began in 1997, according to the Congressional Research Service.

The need to rehabilitate infrastructure is urgent for many of the nation’s 50,000 community water utilities. Broken or leaking pipes can contaminate water, flood streets, disrupt businesses and require expensive emergency repairs. Outdated treatment plants have trouble filtering out potentially harmful chemicals. Old pipes can leach dangerous levels of lead into drinking water. Some communities have higher lead levels than Flint, Mich., where a confluence of bad decisions and coverups led to widespread lead contamination.

The prospect of offloading these headaches to for-profit water companies — and fattening city budgets in the process — is enticing to elected officials who worry that rate hikes could cost them their jobs. Once a system has been sold, private operators, not public officials, take the blame for higher rates.

But privatization will not magically relieve Americans of the financial burden of upgrading their water infrastructure. Water customers s 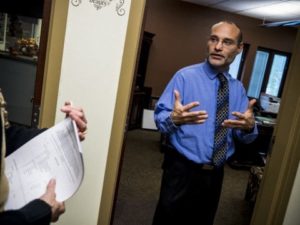 Lake Station Mayor Christopher Anderson discusses the city’s budget figures. He is weighing a decision confronting many small and midsize cities with shrinking populations and chronic budget deficits: whether to sell the public water system to a for-profit corporation.
John Nelson

In 2015, investor-owned companies bought 48 water and sewer utilities, according to Bluefield Research, which studies the water market. They bought 53 systems in 2016, and 23 more through March of this year.

Fears raised by Flint’s lead contamination crisis act as a “helpful catalyst” in the sales, said Richard Verdi, a Wall Street analyst who until recently covered water companies for Ladenburg Thalmann Financial Services. The Dow Jones U.S. Water index, made up of the three largest publicly traded U.S. water utilities, began rising in 2015, when Flint’s water problems became national news. It hit a record high a year later, as other cities discovered lead in their water. After a brief dip, the index is rising under Trump.

In Lake Station, a divided city council voted in June to sell the municipal water system to American Water. Indiana passed a law last year that bypasses a public vote if a system is considered “distressed,” as Lake Station’s is. The city’s finances are so dire that it has laid off workers, delayed road repairs and skipped even small niceties such as Christmas decorations. Volunteers have begun cleaning the parks.

Selling the system to American Water, the nation’s largest private water utility, allows the city to restore jobs and services and put the budget in the black.

Indiana and several other states allow private water operators to spread their costs and price increases among customers from other water systems they own in the state. If regulators approve the deal, that means American Water could bill its customers throughout Indiana for the estimated expenses of buying Lake Station’s system. Those include the $20.7 million purchase price, plus the 6.6 percent profit that state regulators allow the company to earn; business and property taxes; legal fees and other incidental expenses, plus 6.6 percent profit on those costs; and a 6.6 percent profit on the $2.8 million that American Water plans to spend fixing Lake Station’s aging pipes over five years.

One of the biggest inducements for water deals is the “fair market value” legislation that has been passed in six states — Indiana, California, Illinois, Missouri, New Jersey and Pennsylvania — and is being considered by others. It allows a city to sell its water system for an appraised value closer to what it would cost to replace the system, rather than the commonly used and much lower “book value,” which reflects the age and original purchase price of the assets. The higher price is a potent lure for cities that need money for their ailing budgets. It benefits the private buyers, too, since they can recoup the purchase price from ratepayers, along with a profit on the elevated figure.

Even as more cities consider selling their water infrastructure, others are trying to wrest control of their systems back from private operators, usually because of complaints about poor service or rate hikes. Since private owners are rarely willing to surrender these lucrative investments, cities usually end up pursuing eminent domain in court. That means proving that city ownership is in the public’s interest and then paying a price determined by the court.

When residents of Mooresville, Ind., grew frustrated with rate hikes, the city tried to buy the system from American Water for more than $9 million. A judge ruled in Mooresville’s favor in 2014, but the court-approved price — $20.3 million — was more than the town of 10,000 was willing to pay. Today, Mooresville’s water system is still privately owned.

Missoula, Mont., took ownership of its water system in June after winning a fight that left the city of 70,000 facing an $88.6 million bill, plus millions of dollars more in expenses. Over the years, Missoula’s water system had been owned by a regional water company; by one of the world’s largest private-equity funds, the Carlyle Group; and by a subsidiary of Algonquin Power & Utilities, a Canadian corporation.

The city argued that under private ownership, the system leaked so badly that half of the water flowing through its pipes was lost — and that during Carlyle’s three-year tenure, Carlyle investors received millions of dollars in dividends, paid for by Missoula ratepayers.

This story was produced by InquireFirst, a San Diego nonprofit news organization, with support from the McGraw Center for Business Journalism at the CUNY Graduate School of Journalism. 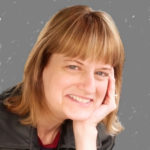