Two Nations, One Aquifer: ‘I am going to be out of water’ 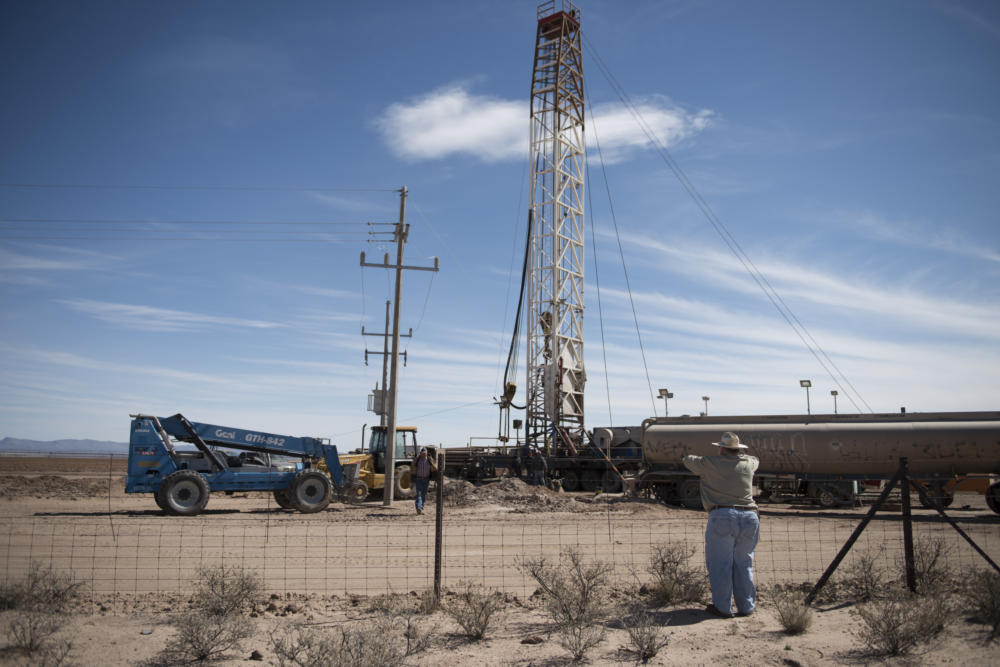 U.S.-MEXICAN BORDER – As binational water controversies go, this one may matter to only two people: an American rancher and a Mexican farmer.

More to the point: It may matter only to the one most likely to get hung out to dry.

It was a warm February day when rancher William Hurt, who grazes cattle in New Mexico’s Bootheel, came upon the 75-foot drilling rig just over the border on the Mexican side. He pulled his big diesel truck over and ambled up to the barbed-wire border fence that runs north-south on the eastern side of New Mexico’s Bootheel.

He had heard from a ranch hand about the rig, that it had drilled down 1,000 feet in search of water. But this was the first time Hurt saw it up close.

Mennonite David Fehr, a tall, English-speaking man, came up to the fence. Not his farm, he said, but it was his rig. Hired to drill, he was now 1,500 feet down, he said.

The land – covered in brush and grass on the U.S. side – had been plowed flat in Mexico to the edge of low mountain ranges, in preparation for the crops that would be planted. Hurt amiably chatted with Fehr and then climbed back in his diesel truck. 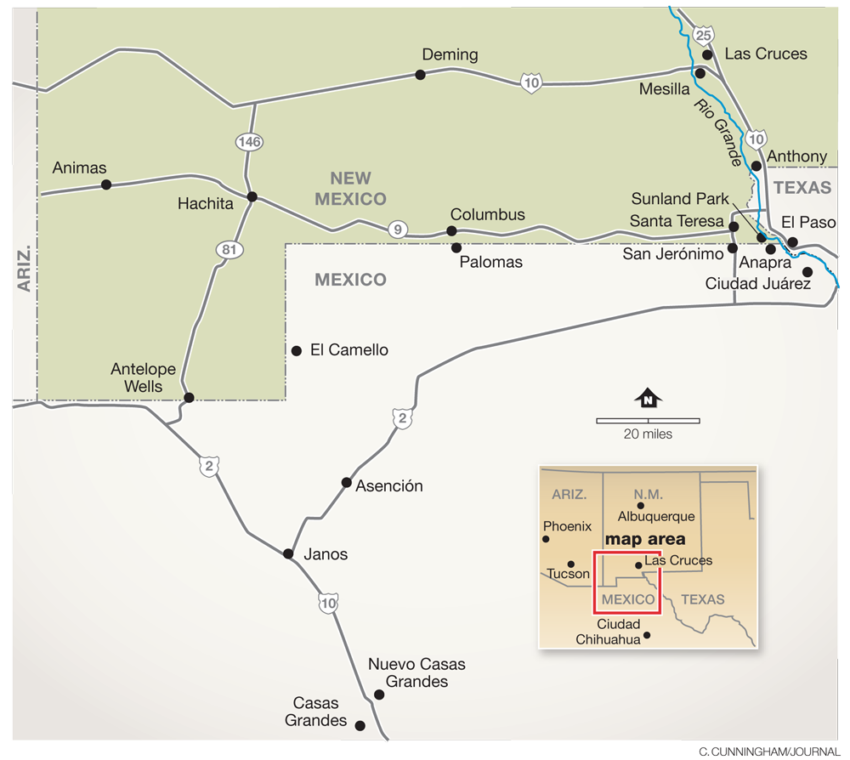 There is no treaty between the U.S. and Mexico governing groundwater. The international line is only a superficial barrier. Whichever side sticks a straw in the deepest and drinks it up the fastest gets the water, as hydrogeologist Alfredo Granados-Olivas at the Autonomous University of Ciudad Juárez explained later.

Back in Hurt’s truck, the reporter asked: Is there any recourse for you?

Three months later, farmer Pedro Suderman rode his big diesel truck out to a field on the Mexican side. A team of migrant workers was clearing stones from the dirt under the hot May sun.

Where the rig had been, a well purred loudly as it pumped a thousand gallons per minute onto a field combed neatly into rows. Onions would go in soon, Suderman said. He pointed out the water-saving drip irrigation system he recently installed on half his fields, which are leased from local communal landholders.

“The closer to the border, the deeper you have to go to reach water,” he said. “About 5 kilometers (3 miles) in, the water is closer to the surface.”

Drilling a water well that deep “is expensive,” he said. “But a man has to work and there is really nothing else to do. It’s the only way.”

Inevitably, farms use more water than a ranch ever could.

Hurt runs comparatively tiny wells that fill watering holes for his cattle that come to drink, at a rate of 5 gallons per minute.

The Mennonite community to which Suderman belongs has grown from about two dozen families at El Camello, Mexico, to 90 families over the past 20 years. They cultivate thousands of desert acres, growing wheat, alfalfa, green and red chile, and onions.

“They’re farming this just like miners come in and mine – all they can, for all they can get, no consideration given,” Hurt said. “Ranchers used to be called miners, when they’d just graze the country into the ground, leave nothing and move on. That is what they are doing here with these farms. They are gonna run out of water here, too.”