What happens to the land after coal mines close? 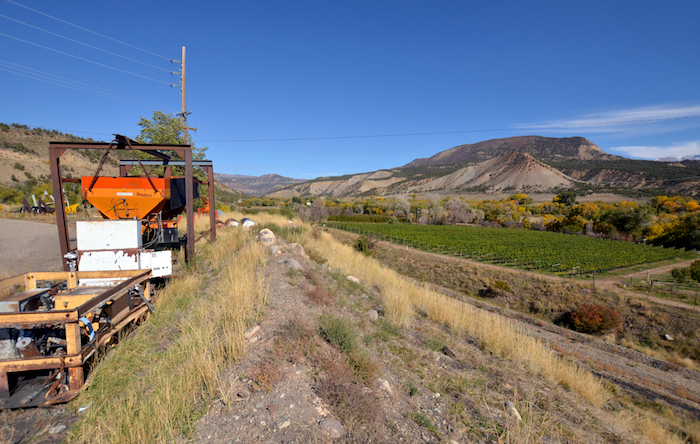 Eleven generations of Dustin White’s family have lived in West Virginia. Many of them were buried in a cemetery now surrounded by a massive mountaintop removal coal mine.

The Twilight mine, which flattened and stripped an expanse of heavily-forested mountains covering more than 3.5 square miles, has met most of its official clean-up requirements. It is green with grass. But the mountaintop removed to dig out the coal has not been rebuilt, nor has the forest that previously thrived been regrown.

Across the US, mine reclamation – even when approved by state regulators – rarely returns land to pre-mining levels of wilderness or productivity, according to a decade of government reports compiled by Climate Home News. Most supposedly reclaimed mines end up as low-value grassland, leaving communities already hit by the loss of mining jobs short of alternatives.

White’s dad, himself a miner, begged him not to join the industry. So White became an activist, fighting to clean up the landscape. He said efforts to reclaim Appalachian surface mines, had been “cosmetic”, including on Twilight by Alpha Natural Resources, which owned the mine through a subsidiary. Alpha did not respond to a request for comment.

“It’s all to give the illusion that they’ve reclaimed these sites, when basically it’s dead land. Any novice gardener can tell you that you can’t grow much in what is essentially clay mud and shell rock, and that’s basically all that’s left over when mining is done. All the topsoil has been dumped into the valleys, and it’s just this barren landscape,” said White.

Across the US, two out of every three acres of reclaimed coal mines have been turned into some form of grassland, which regulators say is often disused. Only 18% was converted into farming, housing, industry or recreation, while 16% was left in a wilder state as forest or undeveloped land.

US coal production has fallen a third in the past decade, and the Energy Information Administration projects stagnation in the industry. More than a million acres have been affected by coal mining. As more mines close, what happens to this land will define the fortunes of the communities that grew around the industry.

In Appalachia, large swathes of formerly wooded mountains are now flat grasslands, said Davie Ransdell, a retired mine inspector and supervisor in Kentucky’s Department for Natural Resources. “Technically [reclamation] is considered successful because you have a grassy plain,” she said. “[But] that land is unproductive for anything other than grazing.”

Replicating original elevation and forests can be more expensive than seeding flat areas with grass, meaning miners save when this is the end result. But according to the federal Office of Surface Mining Reclamation and Enforcement (OSMRE): “Many mined lands were restored as grasslands but are not currently used for hay or pasture by their owners.” The office has formed a task force aimed at replacing grasslands with forests as the main post-mining land use in Appalachia.

Of the two thirds of land that was returned as grassland, about half was officially designated for pasture or grazing. The rest was categorised as “fish and wildlife”, which is supposed to promote more biodiversity but often amounts to little more than grass, experts say.

“How a fish and wildlife habitat is implemented… is kind of iffy,” said Ransdell, explaining that this land use designation does not mandate original levels of trees being planted and gives companies leeway in their reclamation plans.

In Kentucky, regulators allow landowners to choose the designation they prefer rather than demanding a return to original use. “What companies did instead of going back and ripping up the surface [to plant trees], for years they went back and got the landowners to say, ‘we’ll change the post-mining land use from unmanaged forest to pasture,’” Ransdell said.

This practice showed up in other states, as well. OSMRE’s 2010 annual evaluation report for Pennsylvania found landowners often requesting post-mining land uses be changed, usually from forests to grasslands.

In Ohio, a 2009 OSMRE review found that 72% of the land reclaimed that year had a post-mining use of grazing or pasture, even though 77% of the land had previously been undeveloped. Satellite imagery (below) from Ohio’s online mines mapping system revealed large grassy ridge tops standing out against the deciduous forests from which the mines were cut.

Joe Pizarchik, who led OSMRE for seven years during the Obama administration, told CHN that a change to federal regulations in the 1980s meant a “mining company did not have to use native vegetation if they were going to do something else [post-closure]. In a lot of areas, that exception generally became the rule and was resulting in large areas in the country that were mined not being revegetated with the native vegetation”.

Pizarchik, Ransdell and others said states also help companies save on reclamation costs by allowing numerous exemptions from rules that mandate a return of the pre-mining contours to the land.

OSMRE and Oklahoma regulators, for example, have feuded over the loss of original contour at the state’s reclaimed mines, with the Department of the Interior (DoI) noting “strong resistance” from the mining industry and the Oklahoma Department of Mines.

In one instance, the DoI report found a mining company ignored approximate original contour and applied for a permit revision only after reclamation was largely complete, which state regulators granted. Oklahoma’s mines department provided CHN with a statement arguing that OSMRE overstepped its authority in attempting to intervene.

Peter Morgan is a senior attorney at the Sierra Club who focuses on coal-related issues. “There’s a desperate need for the communities that have traditionally been home to these coal mines to attract alternative industries to come in and replace the jobs that were provided by the mining industry,” he said. “Those new industries and new opportunities are not going to materialise in areas where there are unreclaimed scars from coal mining.”

The contest between new and old economies is playing out across the country. On the outskirts of Paonia, in Colorado’s scenic North Fork Valley, farmer Lee Bradley is seeking an organic licence to grow his business.

About a mile of his property borders a disused coal facility called Bowie #1. In 2016, the owner, Bowie Resources, applied for a permit revision that would have changed its post-mining land use and allowed the site to be sold for use as a mine equipment storage facility. Bradley feared that would lead to diesel and other chemicals leaking into a canal that waters his crops, jeopardising his organic status application.

In the last five years, two of the three local mines have closed, putting hundreds of miners out of work. In a tough time for the local economy, farming and tourism offer alternatives.

“A large part of our business is tourists, and if we had some sort of a junkyard up there on the highway, I think it would affect our business a lot,” said Bradley. “I think [the land] ought to be put back like it was.”

Although the county rejected the plan this December, Bowie has not indicated plans to reclaim the land, and residents remain wary. Bowie did not respond to requests for comment.

For White in West Virginia, the economic losses in his community only add to the pain of displacement.

“[Mining leaves] these massive swathes of just total obliteration of these mountains that you’ve called home and your family has called home for generations. It’s just a complete erasure of that identity, and it is a violation of who you are as a person.”